In the late 70's of the last century, Soviet Union began to develop a superheavy rocket called "Energy."

Energy was a Soviet rocket that was designed by NPO Energia to serve as a heavy-lift expendable launch system as well as a booster for the Buran spacecraft.

It flew for the first time in 1987, and in 1988 brought to Earth orbit the reusable space shuttle Buran. On its basis, the Energia-M rocket was designed.

The rocket had the capacity to place about 100 tonnes in Low Earth orbit, up to 20 tonnes to geostationary orbit and up to 32 tonnes to a translunar trajectory.

The Energia was designed to launch the Russian "Buran" reusable shuttle,and for that reason was designed to carry its payload mounted on the side of the stack, rather than on the top, as is done with other launch vehicles. After design of the Energia-Buran system, it was also proposed that the booster could be used without the Buran as a heavy-lift cargo launch vehicle; this configuration was originally given the name "Buran-T". This configuration required the addition of an upper stage to perform the final orbital insertion.[6] The first launch of the Energia was in the configuration of a heavy launch vehicle, with the large Polyus military satellite as a payload, however Polyus failed to correctly perform the orbital insertion.

On December 25, 1991, the mock-up was placed on the launch pad, and two days later the layout was returned back to the Dynamic Test Building. The doors was closed, and work on the development of the rocket was stopped. The main reason is the collapse of the USSR and the difficult economic situation.
©Ralph Mirebs/Exclusivepix Media 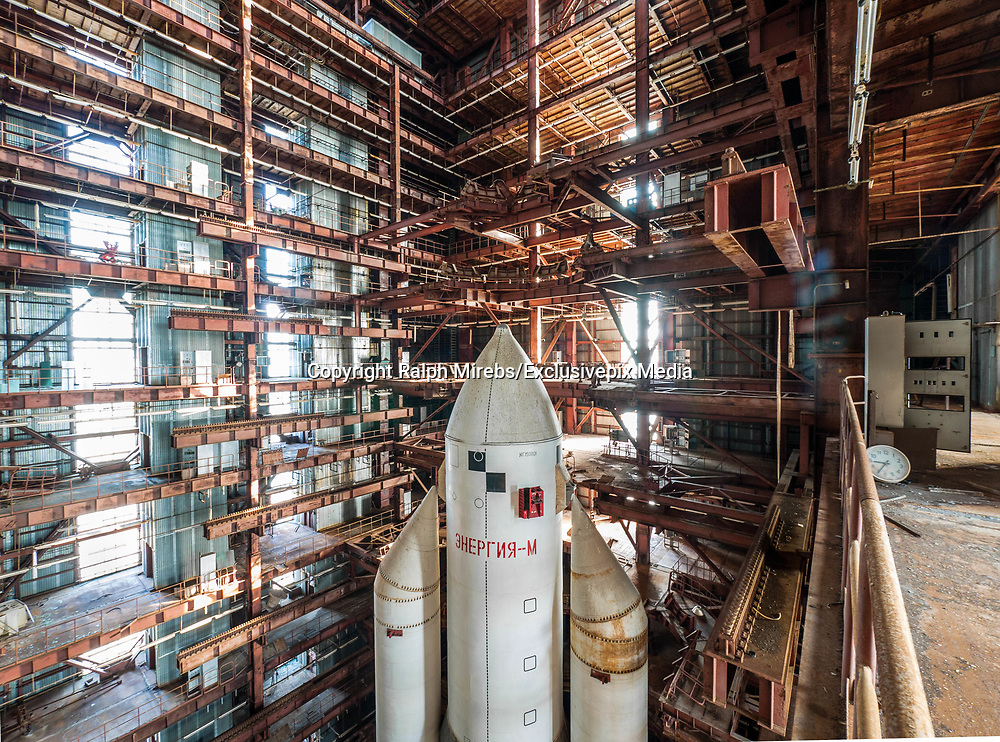