Amazing custumes of the Pagan-Christian festival

Amazing costumes of the Pagan-Christian festival

In Peru, every July, Paucartambo, a remote white-washed town, nestling at 10,000 feet up in the Andes, hosts one of the biggest festivals in South America.

This Pagan-Christian festival celebrates The Earth Mother, Patron Saint of the Mestizo, a half-caste group - part European, part AmerIndian - who reached Paucartamo during the 17th century.

For three days, The Earth Mother is carried around the town, protected by rival mythical birds and animals who scale the roof-tops enacting a story of struggles and miracles.
Many of these wear feathered head-dresses for during the 17th century feathers were considered more valuable than gold. it’s a wild, noisy and drunken celebration! 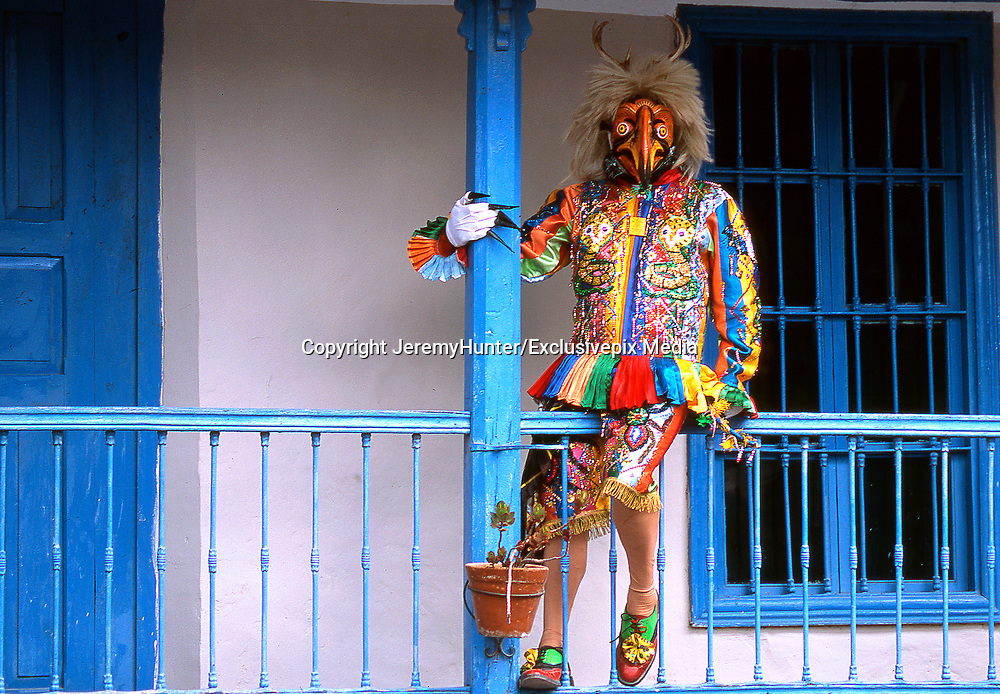