A man has found an ingenious way to pass the long winter hours of sub-zero temperatures in Canada - by building this impressive igloo.
The shelter was built by Daniel Gray, who is from New Zealand, while he visited his girlfriend Kathleen Starrie in Canada.
The project began back in October when Miss Starrie began collecting hundreds of milk cartons at her home in Edmonton, washing and filling them with colored water.
The idea was dreamed up by Miss Starrie's mother Brigid Burton to keep her daughter's boyfriend occupied during his five-week trip.
The cartons were then frozen to turn them into 'bricks'. Mr Gray used snow and water to pack around 500 together in a spherical shape with the help of his girlfriend, her parents and a neighbor.

In all, the igloo took five days to build in the backyard of Miss Starrie's parents' home and around 150 hours of labor.
While the careful construction took place, the temperature often dropped to minus 25F but Mr Gray said that he could not give up.


Mr Gray told the Global Edmonton: 'I thought we'd just take the bricks of ice and just kind of, almost throw them out there and make an igloo. (It was) a lot more difficult, truly.'
The igloo is the traditional hunting home of the Inuit, an aboriginal tribe who live across the inhospitable Arctic region.
Igloos have recently become a quirky feature of boutique hotels. The Iglu-Dorf is one of seven igloo villages across the Swiss Alps where guests pay up to $299 for a night's stay - and have access to restaurants, ice bars and hot tubs.
The igloos are rebuilt every season in resorts in Andorra, Switzerland and Austria - including St Moritz, Gstaad and Davos-Klosters.
© Daniel Gray/Exclusivepix 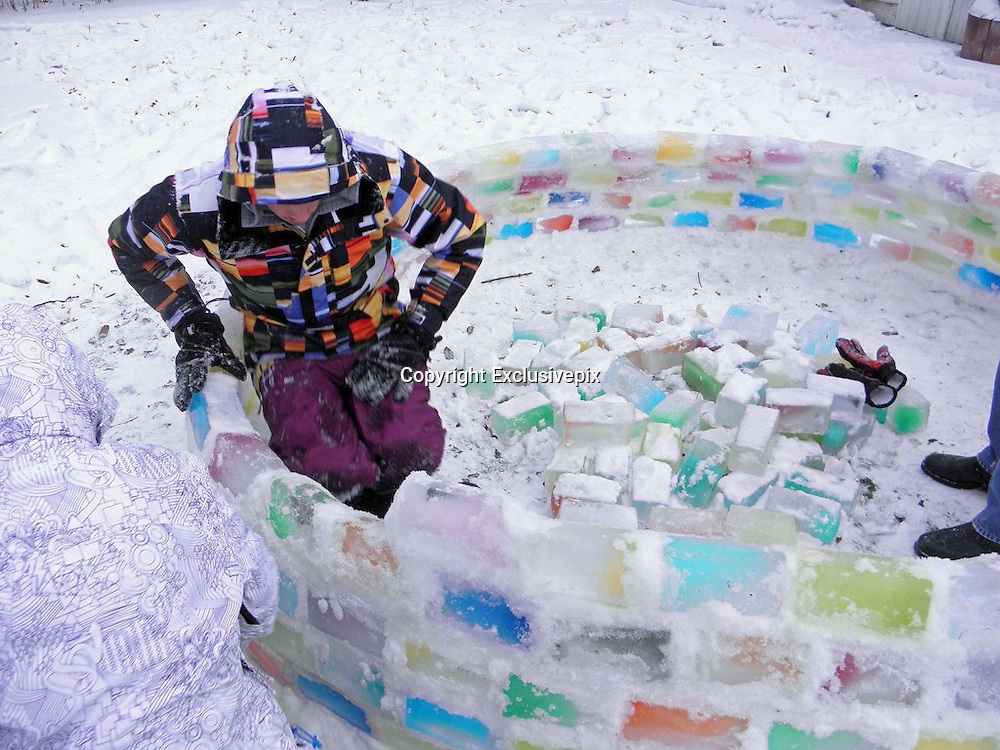