Photo shows: As Kim Jong Il was born there, the propaganda says that soldiers wrote the news on the trees all around the country, to spread the information.
Those trees are kept under special protection of glass and plastic as if they were holy relics. They look like giant condoms that go up and down with the help of an electric system.
©Eric Lafforgue/Exclusivepix Media 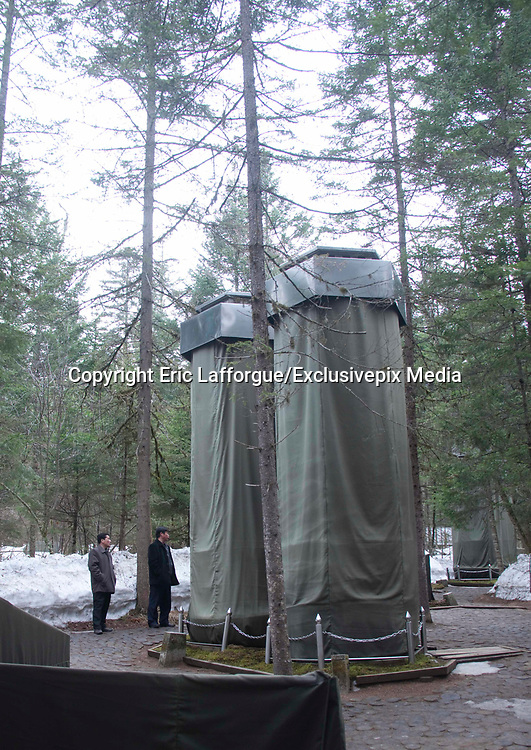