PHOTO SHOWS: Two months ago, this restaurant was opened by its Iranian owners under the name of KFC. But following pressure from the American company, they had to close it and re-open it under the name of... ZFC, while keeping Colonel Sanders’ image for their marketing and advertising.
©eric lafforgue/Exclusivepix Media 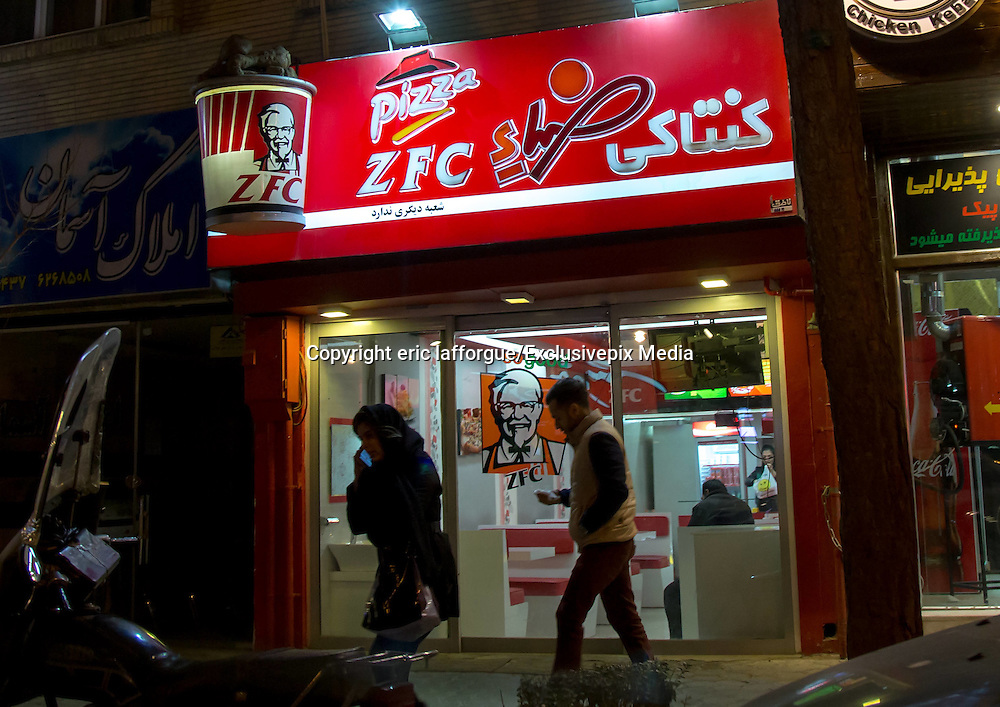