Swinging Pyongyang - The hidden side of the North Korean Capital

Swinging Pyongyang
The hidden side of the North Korean Capital

Most of the Medias show the images of poverty and dictatorship I. North Korea , but as told Me a defector , Nk is a real country with activities, culture, love , etc
As China has started to overflow the country with products , you can clearly see the changes in pyongyang.
Mobile phones are run by orascom Egypt company and millions have subscribed to it, even if calling abroad is impossible .
The clothes have changed . When I came in 2008 everybody wore this vynalon clothes made in nk making them look like robots in the streetd as the tissue is not soft at all.
Now fake products of American brands etc are everywhere .
The attitude of people has also changed .
Seeing young people together is more and more possible in the fun fairs for example.
The huge park of the main fun fair has became a great rendez vous area for the young people.
One of my guide who was 20 kept on texting , telling me that she was answering young students of her age who wanted a date.
In 2008 my guide kept on telling me that this was forbidden for teens of same age to be together in the street.
The food has also known a big change :
You can have a pizza in Pyongyang made by à Nk cook who studied in Italy!
If you are lucky enough to enter a luxury restaurant where the elite goes along taedong river , you will enjoy a really tasty food for 20 euros (locals pay less)
In the shops too this is not a surprise to see computers for sale even if they are not the latest ones
My guide told me Nk are crazy about exchanging USB keys that can contain so many movies, songs, and games .
Since kin Jung un has been named as leader , lot of infrastructures have been built to make the country look like a western one. The first fitness center was aired hundreds of times in the Nk tv. Hard to imagine what may think the poor farmers of the country by seing this!
It is also interesting to see that the gov allowed the western Medias thru press trips to visi 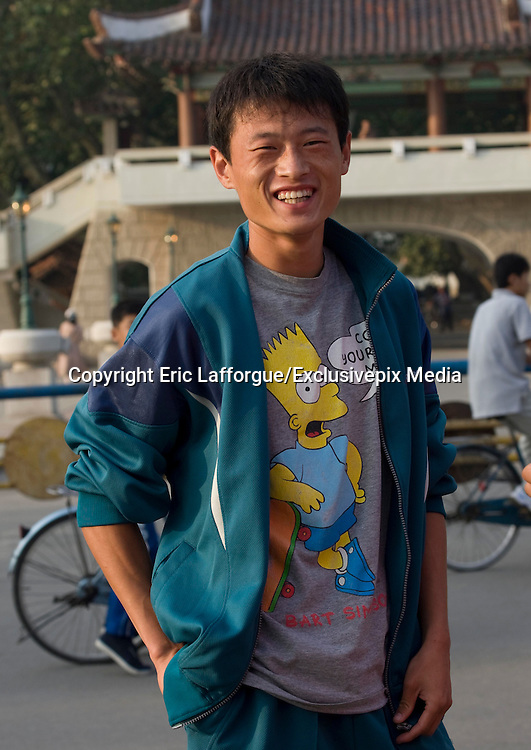