Photo shows: Many carved writings can be seen and are kept:
« 20 million compatriots boast of the Paektu star » , «Kim Jong Il is the star that rose in the sky over Mt Paektu ». The guides were proud to push on the green buttons to remove the protection and to allow me to see the trunks.
©Eric Lafforgue/Exclusivepix Media 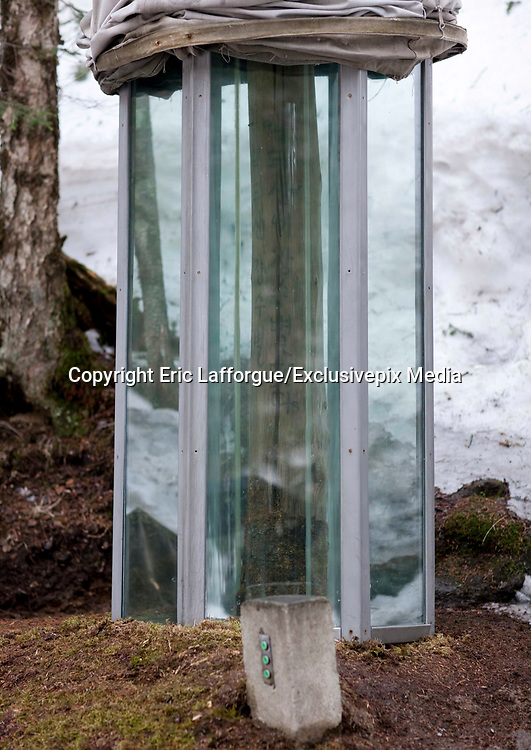