Dusty does his best work at night.

Under cover of darkness, the felonious feline prowls his San Mateo neighbourhood n search of towels, gloves, socks, underwear, swimsuits, balls, bags, balloons, toys – really any loose object that he’s able to drag back to his house. On a slow night, he might steal just one or two items. On a busy night, close to a dozen.

This went on for years, with Dusty bringing things home and his owner, Jean Chu washing, cleaning and stacking them at her dental office to be claimed by the rightful owners.

But two weeks ago, Dusty went big-time. After he was featured on TV's Animal Planet, complete with night-vision footage of him dragging stolen items down the sidewalk, he became an internet sensation.

Most recently, Dusty and his human family were flown to New York to appear on David Letterman's Late Show.

Though Chu thought maybe her cat could someday gain a little notoriety, she never imagined anything like this. Mostly she just chuckled at the new items strewn about on her lawn each morning.
Chu has kept a record of every object Dusty brought in from the moment she realized he was doing it. So she knows, for example, that on July 20, 2009, Dusty brought in four towels, four socks, a small mesh bag, a potholder and a yellow glove. In all, she says, she can list more than 500 items the cat has dragged home.
Where is he finding all these things? Chu doesn’t know – Perhaps he's finding them on washing lines, or in the neighbours' garages, she says.
Whatever he does, he’s elusive about it: Before the Animal Planet footage, Dusty’s thefts were very rarely seen.
“I saw him only once,” Chu said. “I was sitting out in the front and he came in with a glove.
“Dusty was always a character, right from the get-go,” she says.
Photo Shows: The felonious feline has stolen over 500 items from neighbours in San Mateo, CA. Dusty's owner, Jean Chu, has some of the items, including more than 90 gloves, 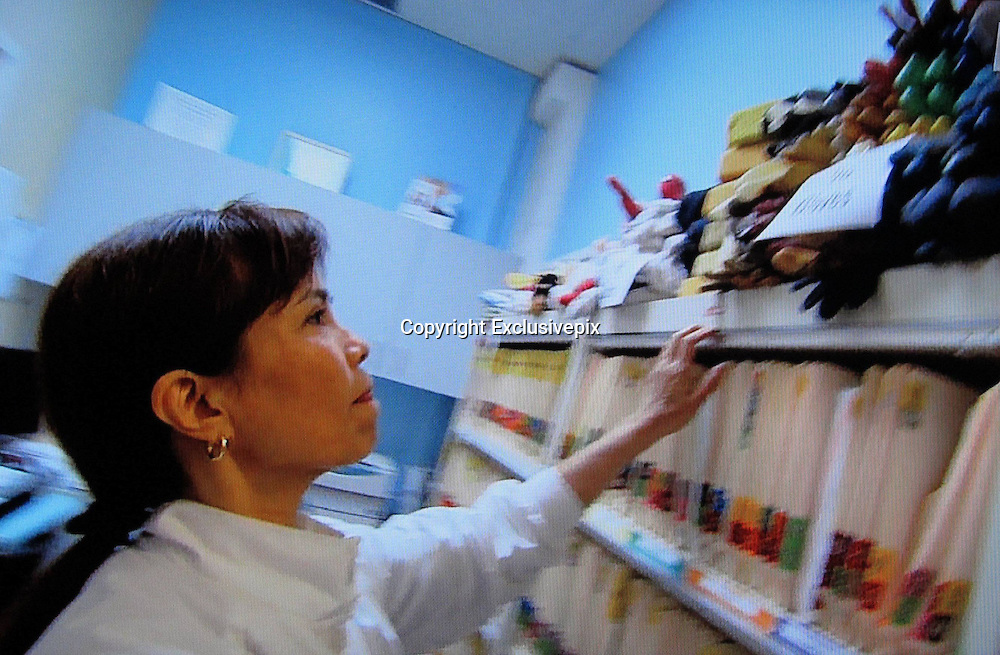