Photo shows: The native house must be always cleared of the snow, so all day long, some cute volunteers work around.
©Eric Lafforgue/Exclusivepix Media 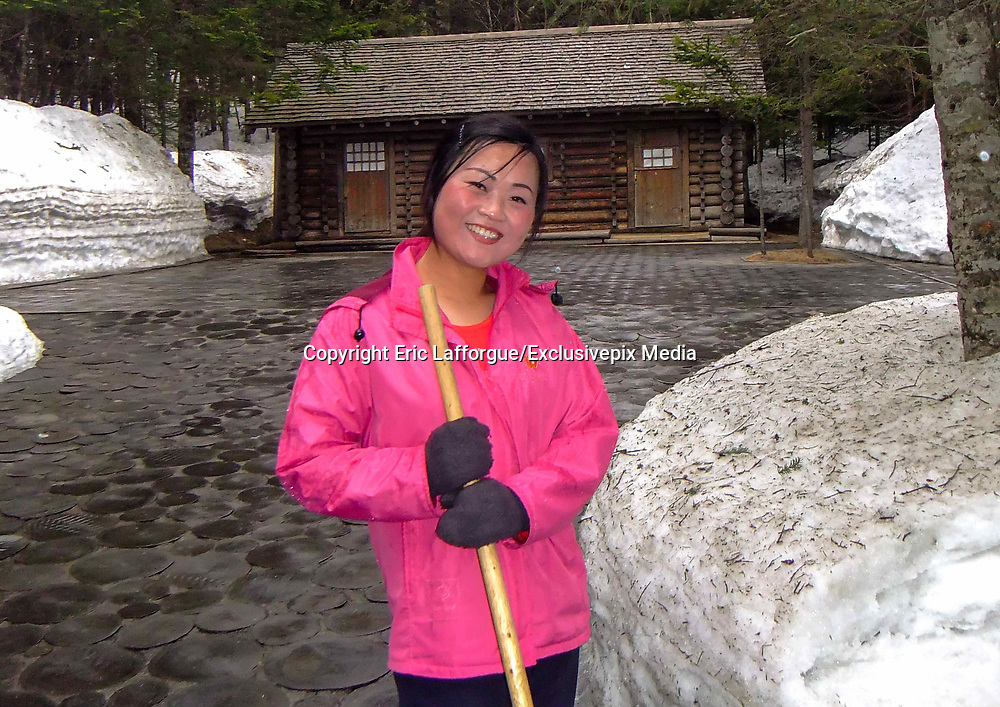