A lion club abandoned by its mother has developed a parental relationship with its care-taker in Jodhpur, Rajasthan, India. An Asiatic Lioness gave birth to three cubs at Machia Safari Park on October 22. But the mother soon deserted trio within days. The separation resulted in the death of two cubs, while the third one was rescued by the park’s staff.

The cub is fed bottled milk at an interval four hours everyday. Dr Shravan Singh, one his care-takers at the centre, says: “The baby starts crying whenever it feels hungry. It responds to our command and loves to caressed before being fed. The baby thinks that we are its parents. So demands the due care and attention from us.”

The forest rangers intend to release the cub back into the wild after four to five months when it gains weight and is able to defend itself.
©NewsLions/Exclusivepix Media 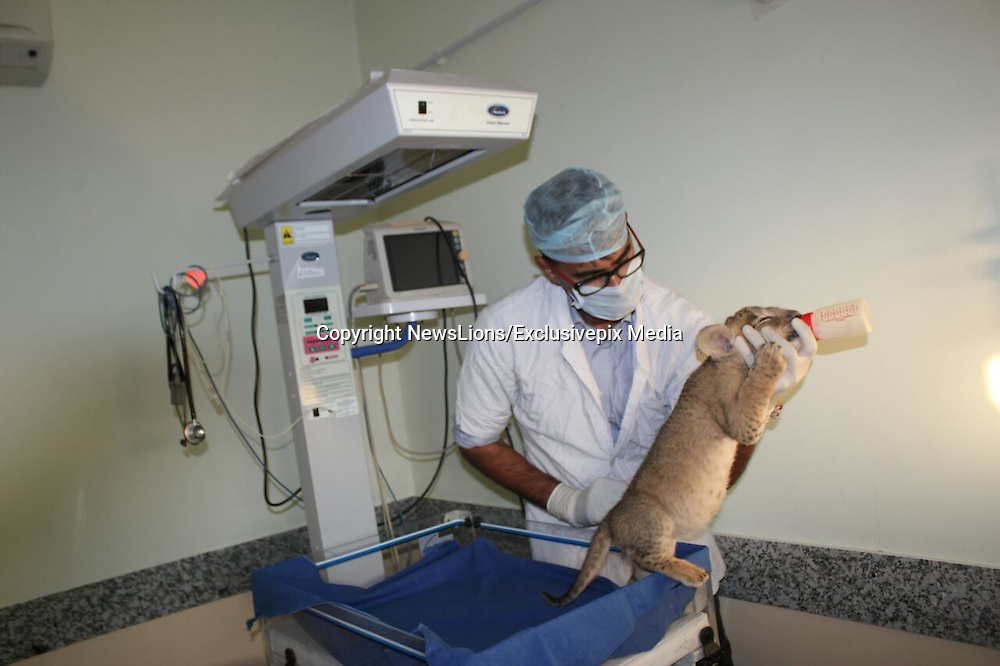