Photo shows: The Paektusan Secret Camp is an area where secret bases were built according to the policy put forward by Kim Il Sung.
Very young guards with too big coats are taking care of this place.
©Eric Lafforgue/Exclusivepix Media 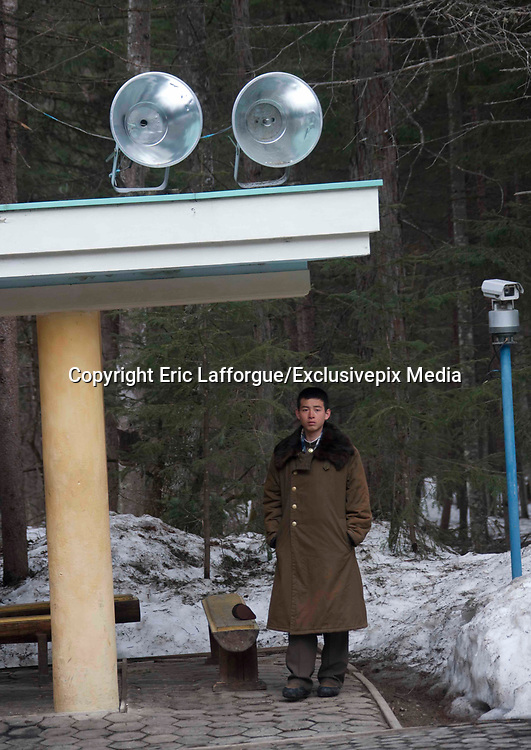