William John Howey was born on January 19, 1876 in Odin, Illinois. He began selling insurance at 16-years-old and by 1900 began developing land and towns for the railroad in Oklahoma. He opened the Howey Motor Car Company in Kansas City in 1903, and after making seven Howey Cars, closed his business. At age 31, he bought a large tract of land in Mexico and tried his hand at selling pineapple plantations, but the Mexican Revolution forced him out.

It was in 1908 when Howey found himself in Winter Haven, Florida where he perfected his citrus farming and sales program techniques. He believed that if he took raw land and controlled its development into mature citrus groves, he could guarantee investors a successful enterprise while making a profit on each step of citrus cultivation. In 1914, he began buying land for $8 to $10 per acre and later sold them at $800 to $2000 per acre, cleared and planted with 48 citrus trees per acre. Howey also offered a no-risk guarantee: if the buyer signed up for Howey’s company to maintain the land as well but the land didn’t turn a profit with a set amount of time, he would buy back the land for the original cost plus interest. Buyers flocked to the town, many considering him Florida’s greatest citrus developer. In 1917, he built the “Bougainvillea”, a two-story frame boarding house across from the future site of the Howey Mansion, to house the visiting investors. By 1920, he had amassed nearly 60,000 raw acres for his “City Inevitable,” but the Bougainvillea burned to the ground that year. He set up temporary housing in “Tent City” on the same location and opened the Floridan Hotel at the south end of town in 1924, and it soon became the social hub of the community. The Floridan Hotel would later become a victim to “the bomb”, an economic boom that occurred in parts of Florida where movie production companies would pay cities to blow up buildings for their movies; it was blown up in 199 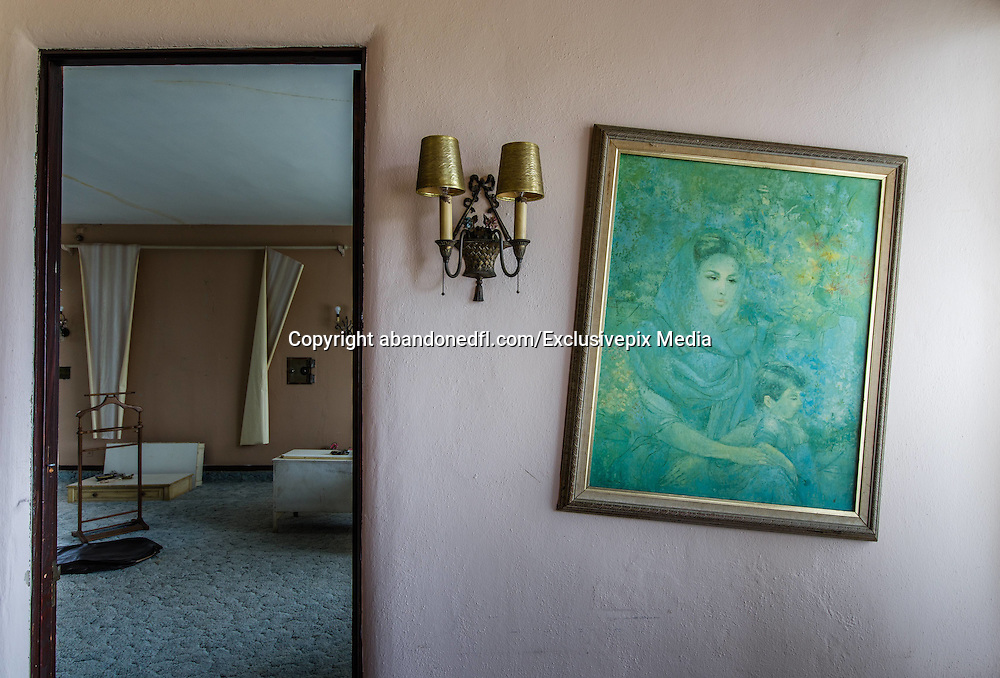