Photo shows: As everybody is suffering from the drought, killing a bull is a huge symbol.
©Eric lafforgue/Exclusivepix Media 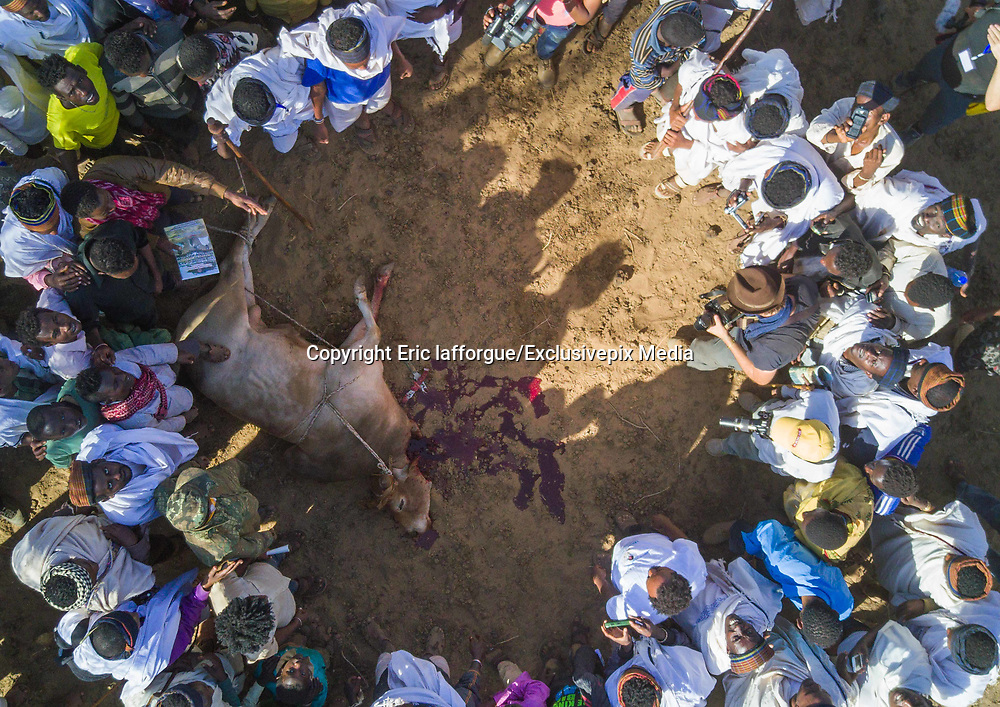