Photo Shows: Customers fill their gas tanks at the Energiya Plus gas station at the edge of Ivankiv, on the road to Sukachi. (In this photo I was trying to capture a sense of isolation and the darkness of the 15-hour night.
©Michael Forster Rothbart/Exclusivepix Media 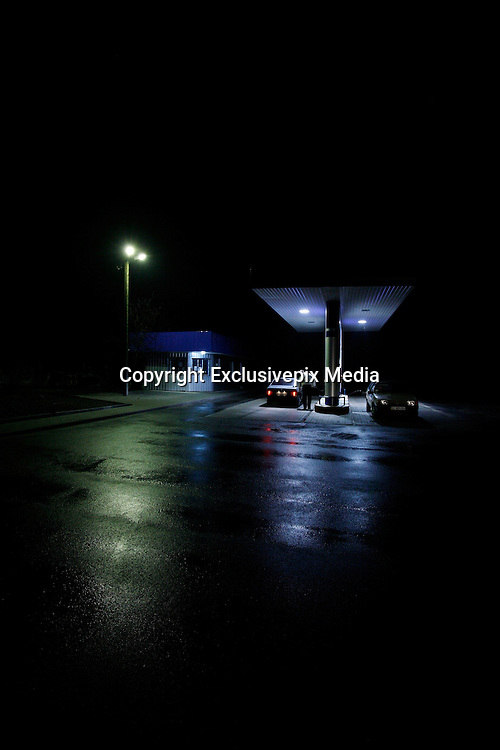