Brave teenagers left disfigured by sick acid attackers have revealed how they felt their flesh burn and melt away during the onslaught.
Laxmi was just 16 when a 32-year-old man drenched her face in acid because she rejected his romantic advances.

Now 24, she has told how she was pinned down by her twisted attacker but bystanders ignored her horrified screams and fled instead of helping her.
She said: “I was waiting for a bus in a crowded Central Delhi area in daytime. He approached me with his brother’s girlfriend.

"Before I knew it, they had flung me onto the road, pinned me down and threw acid on my face.
“I kept screaming for help but no one stepped forth. Everyone ran in the opposite direction. I could feel my flesh burning and I covered my eyes with my arms.

“That reflex action saved me from losing my vision. Acid corrodes quickly.”

Within seconds she had “lost her face” and was left needing at least 11 surgeries.

She added: “I had lost my face, my ear had melted and both my arms were charred black. A politician’s driver took me to a hospital, where I was to stay for the next 10 weeks.

“I saw myself in the mirror at the end of 10 weeks and couldn't believe what the acid had done to me. The doctors had to remove the entire skin from my face and keep it bandaged.
“I’ve already had seven surgeries and need at least four more before I can go in for plastic surgery, provided I can afford it. I learnt to live with the physical pain but what hurt more was the way the society reacted.

“My own relatives stopped seeing me, as did my friends. I stayed indoors almost all the time for eight years.

“My main attacker was out on bail within a month and he soon got married. He returned to a normal life within a month. I tried to pick up a job but nobody was willing to hire me.

“Some said people will get scared if they see yo 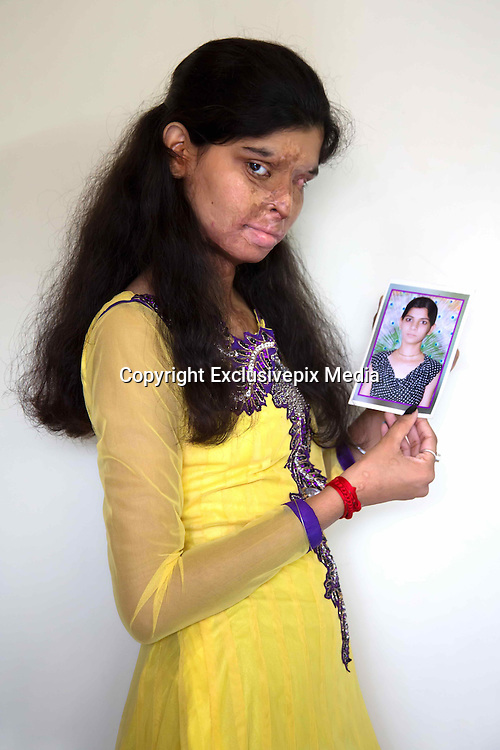