From her outrageously tiny waist to her unfeasibly long legs, the world's most famous doll has long been the target of criticism from feminists and other women's groups who say it promotes an unhealthy idea of body image in girls.
Several artists have set about proving the public's claim by scaling the iconic doll up to human size, to reveal her unrealistic measurements compared to the average human girl.
But now, in a role reversal, one artist has shown what Barbie would look like as the average 19-year-old girl and the results are surprising.

Artist Nickolay Lamm of MyDeals.com used the measurements of an average 19-year-old woman to create a 3-D model, which he photographed next to a standard Barbie doll.

Lamm then photoshopped the 3-D model to make it look like a Barbie doll.
In his previous research, Lamm found that, scaled up to human size, Barbie dolls would have unrealistic measurements of 36-18-33, compared with the typical 19-year-old girl's 32-31-33.
The average woman, meanwhile, has 38 inch back, a 34 inch waist and hips that measure 40 inches around, and Lamm's work shows that Barbie looks a lot more natural with these measurements.

Thanks to her ultra-slender measurements, it has been estimated that, if she were to exist as a human, Barbie would weigh about 110lbs - or 7 stone, 8lbs - and would have a BMI of 16.24. This would fit the weight criteria for anorexia.
Speaking about his latest work, he said: 'My last Barbie project got a lot of criticism because Barbie is just a toy.
'People argue that a toy can't do any harm.
'However, if we criticise skinny models, we should at least be open to the possibility that Barbie may negatively influence young girls as well.
'Furthermore, a realistically proportioned Barbie actually looks pretty good in the pictures I produced.
'So, if there's even a small chance of Barbie in its present form negatively influencing girls 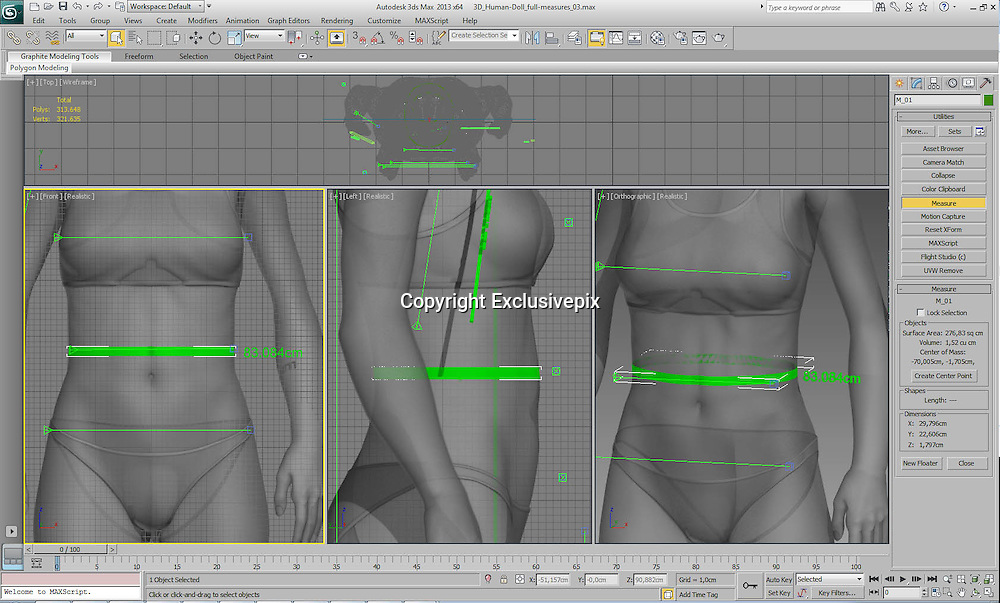