A shopping mall in Taiyuan, Shanxi Province sparked controversy and confusion when they had their workers don "Eight Route Army" uniforms and reenact WWII executions of Japanese soldiers to promote sales. According to the manager, the mall started this "anti-Japanese themed" promotion during the anniversary of the Japanese invasion of China on July 7th, to allow customers to reminisce/sell clothes. Because apparently not even sensitive chapters of history are off-limits when it comes to facilitating consumer spending. Not to mention that it makes about as much sense as Wal-Mart reenacting Omaha Beach in the furniture aisle to spur sales of bean bag chairs.
This might be even worse than the time Harbin installed Japanese soldier urinals to "promote pissing."
©Exclusivepix 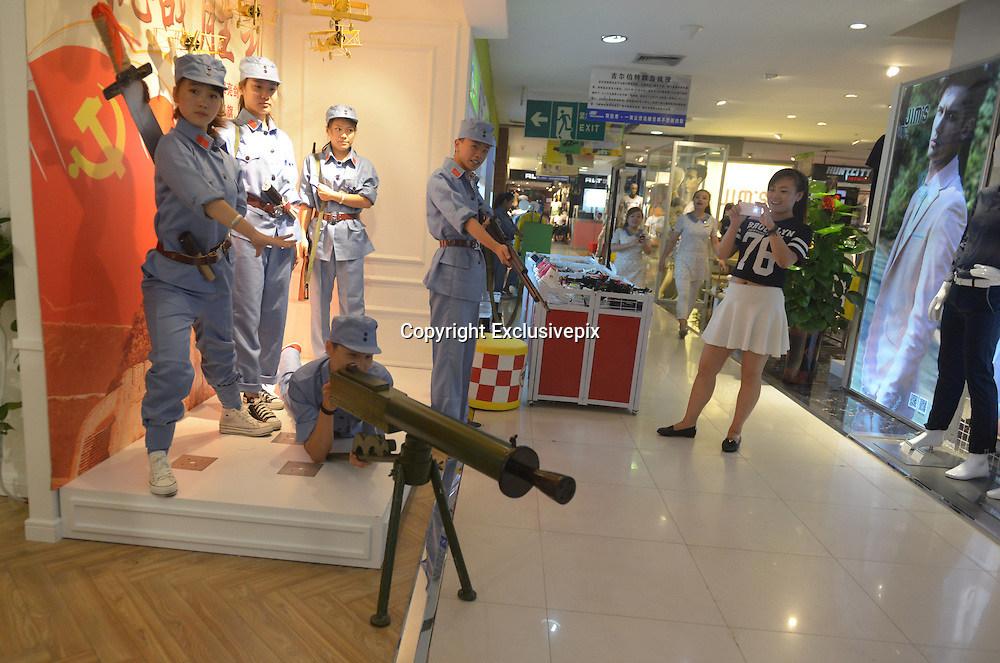