Farmers aren't renowned for being particularly supple.
But Rammehar Punia has bucked the trend with record-breaking results.
The 35-year-old has been dubbed 'Rubber Man' thanks to his remarkable ability to make his shoulders meet in front of his chest.

And he has used this flexibility to smash the Guinness World Record for the number of CDs broken between the shoulders – 60 in just one minute.

His suppleness also allows him to wrap his left hand around his neck so far that he can grab hold of his left ear.
Mr Punia set himself the challenge of breaking records when he was at school and began training his body to reach the extreme limits he achieves today.

He broke his first Guinness World Record in 2011 when he cracked 41 CDs in a minute.

This was later beaten, but he went on to win it back by breaking 60 in as many seconds after training for up to four hours a day while holding down his job as a farmer.

Mr Punia, from Panipat, India, has performed shows in various cities across his homeland and abroad, including in Italy.
©Exclusivepix Media 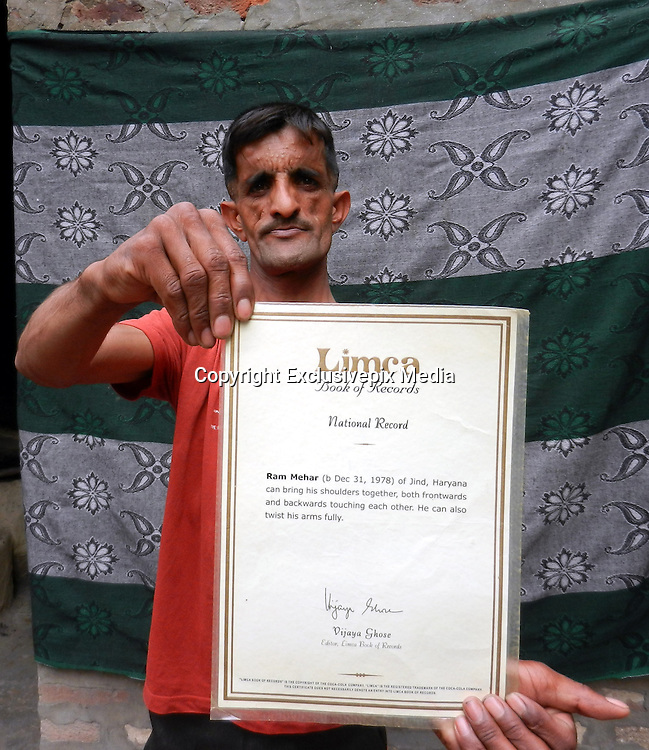