Photo Shows: TANIA EVTEEVA and her husband EDUARD EVTEEV work for the Chernobyl Nuclear Power Plant (ChNPP or ChAES) and live in Slavutich, Ukraine, with four of their five children. Tania works as a janitor in the Semihod facility beside the train station, where employees change into their work clothes. Eduard had to leave ChAES after a canc 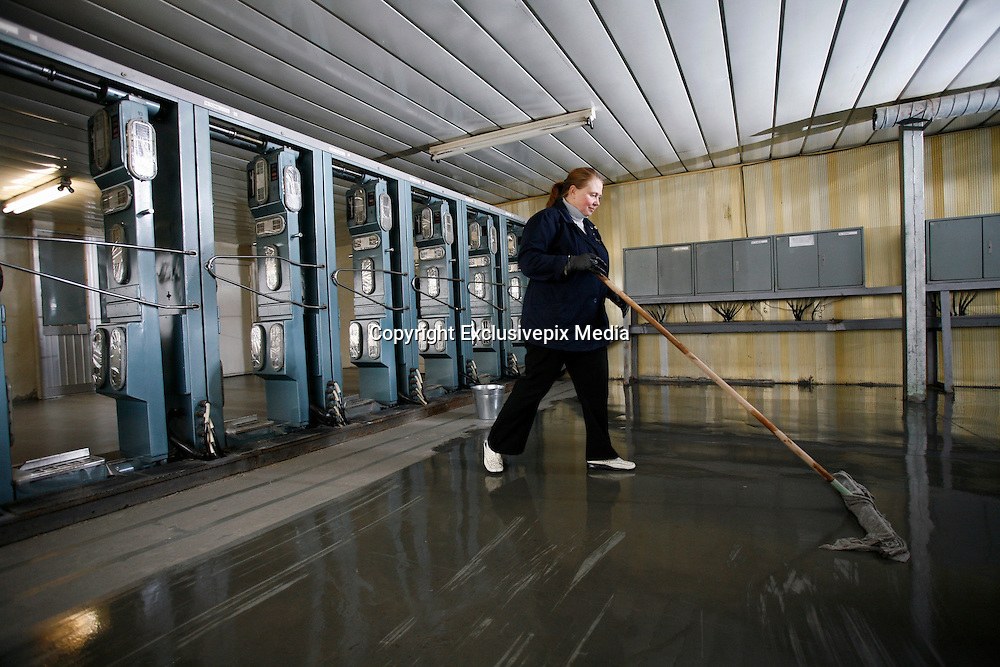