Photo Shows: Employees of a liquor and food store converted from an old trailer restock shelves and drink tea in the evening, in the center of Sukachi village, as seen through the trailer windows.
©Michael Forster Rothbart/Exclusivepix Media 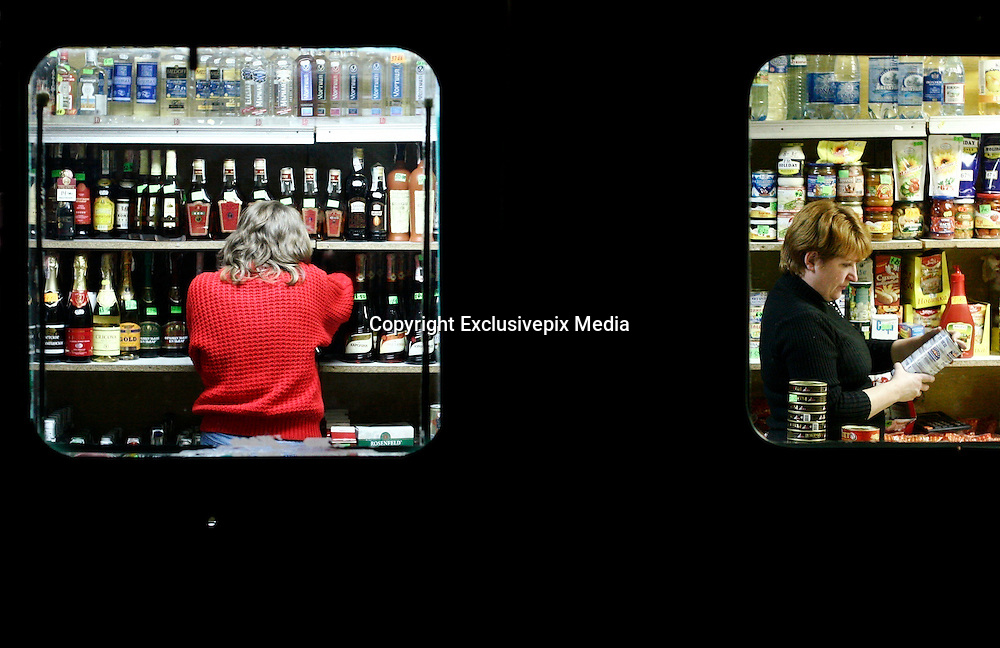