A man has been decapitated and dozens more injured at a gas product factory in France by terrorists carrying Islamist banners.
The attack took place at the headquarters of the American owned Air Products, in Saint-Quentin-Fallavier, near the city of Lyon, in the south east of the country.
The murder is believed to have been accompanied by several explosions on the site when the terrorists ignited small 'gas bombs', causing injuries to dozens of factory workers.
The murdered man's head is understood to have been found 30 feet away from his body, hanging on the factory's fence. The dead man's head was covered in Arabic 'inscriptions' before being placed on the fence, according to local journalists at the scene.
Local media reported that a 30-year-old man 'known to security services' has already been arrested at the scene, telling police officers that he is a member of the Islamic State terror group. The second terrorist is believed to have gone on the run.

Witnesses at the scene claimed there more than one man was involved in the attack and that the perpetrators were carrying Islamist flags.
Two men were seen driving into the main gate soon after 10am, before driving around in circles throwing gas cylinders around the main yard. One of the men then jumped out of the car, according to local prosecuting sources, and then 'decapitated a man'.
Before the attack a man was seen driving back and forth outside the factory, according to Dauphiné Libéré.
An Islamic flag – possibly that of Islamic State – was found next to the dead body. The man's head was found some 30 feet from the corpse.
French journalist Stefan Vries told Sky News: 'There was an explosion at a gas factory. Several people were wounded and there has been one person decapitated on the premises.
'His head was fo 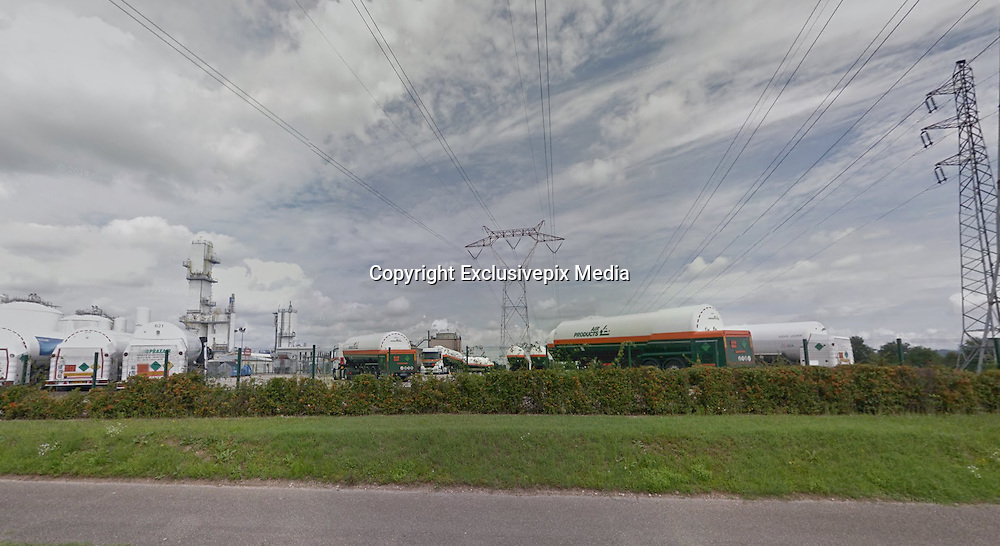