Photo shows: El sod crater where the Borana go to collect salt for centuries. On the left 10 years ago, on the right, in 2017. The greenery has totally disapeared.
©Eric lafforgue/Exclusivepix Media 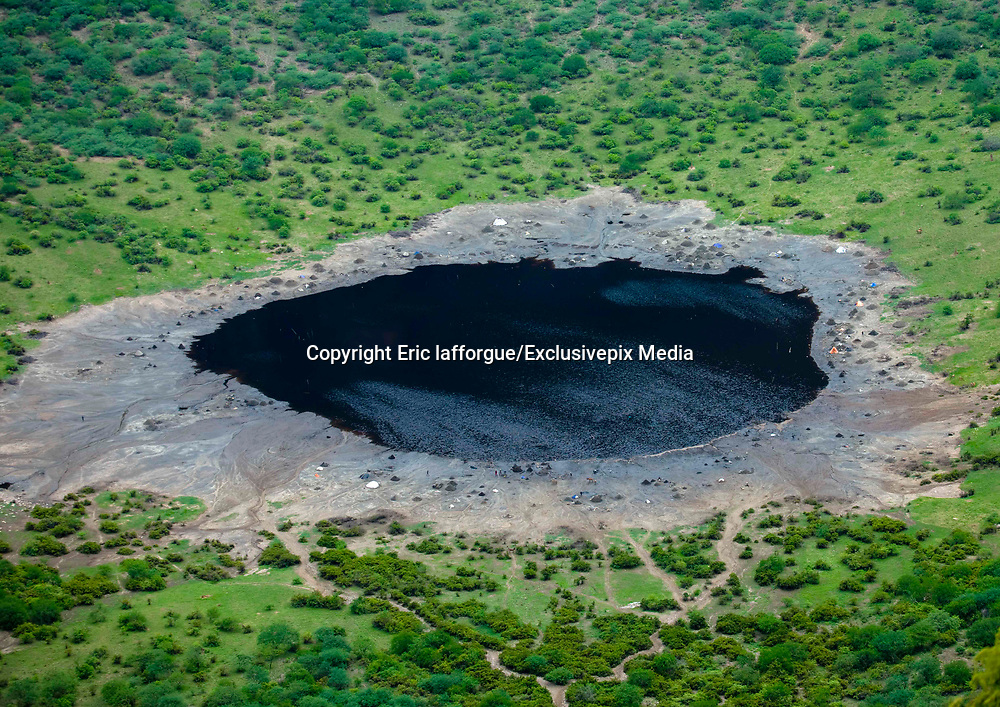