Photo shows: For 6 years, I have been drinking the same water as my animals' ». On the hill stands the electric pilar coming from Gibbe dam. Many Borana complain: Ethiopia sells electricity to Kenya but never provides water to people and animals. It is part of the Oromo anger.
©Eric lafforgue/Exclusivepix Media 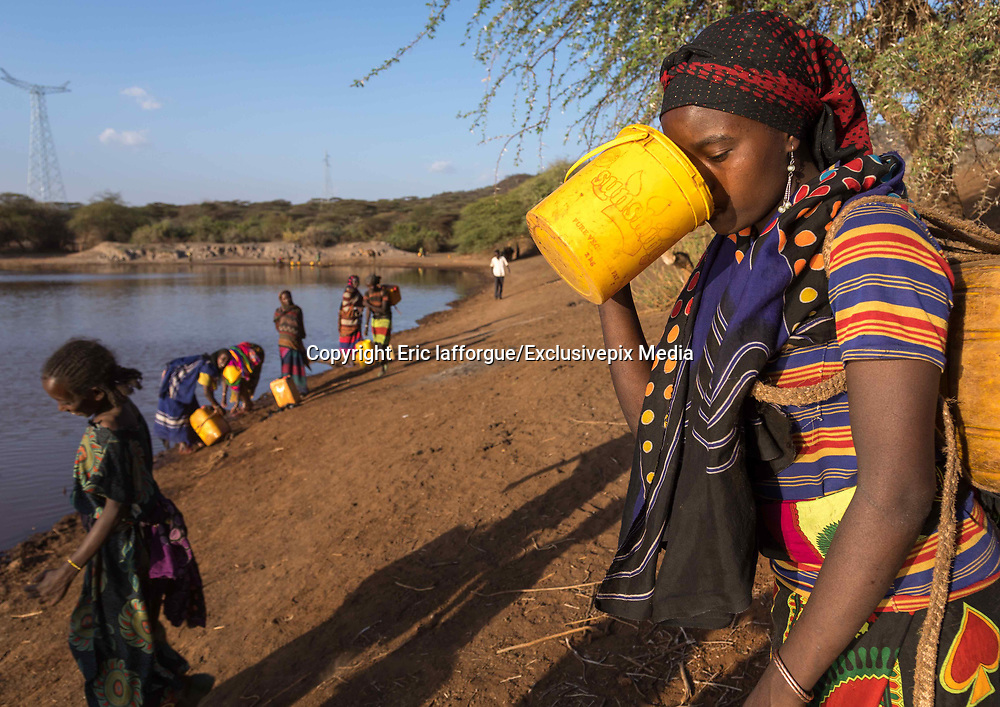