Photo Shows: Aerial shot of Ghost Army dummy tanks set up near the Rhine River in March, 1945, for their last operation, Operation Viersen. 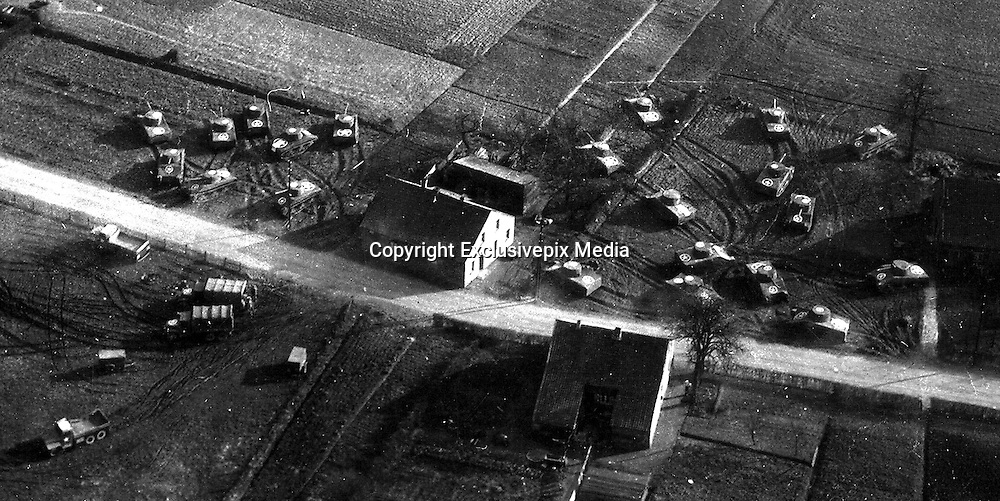