Photo Shows: n the evening, the workers walk home from the train station past the Silpo supermarket. Slavutich, Ukraine, is the new city built after the Chernobyl accident for evacuees from Pripyat, the abandoned city in the Exclusion Zone. Nearly 4,000 out of the 25,000 inhabitants still work at Chernobyl today, commuting through Belarus on 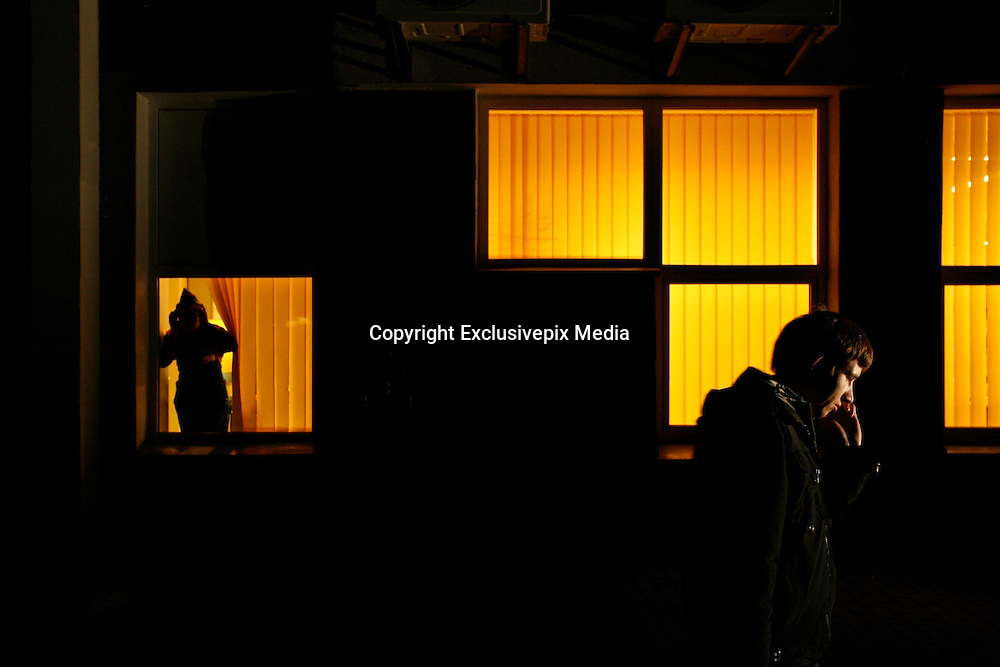