Yang Jinliang, whose friend picks up a piglet with two heads and three ears and gives him, touches piglet in Xiqing District on August 28, 2015 in Tianjin, China. Yang Jinliang, a man who is owner of a sesame oil workshop in Xiqing District of Tianjin, received a piglet from friend on Thursday while curiously the piglet had two heads and three ears. It seemed that its weak body could not afford the laden head so it always bowed. Nobody knew where it came and why it would be like that.
©Exclusivepix Media 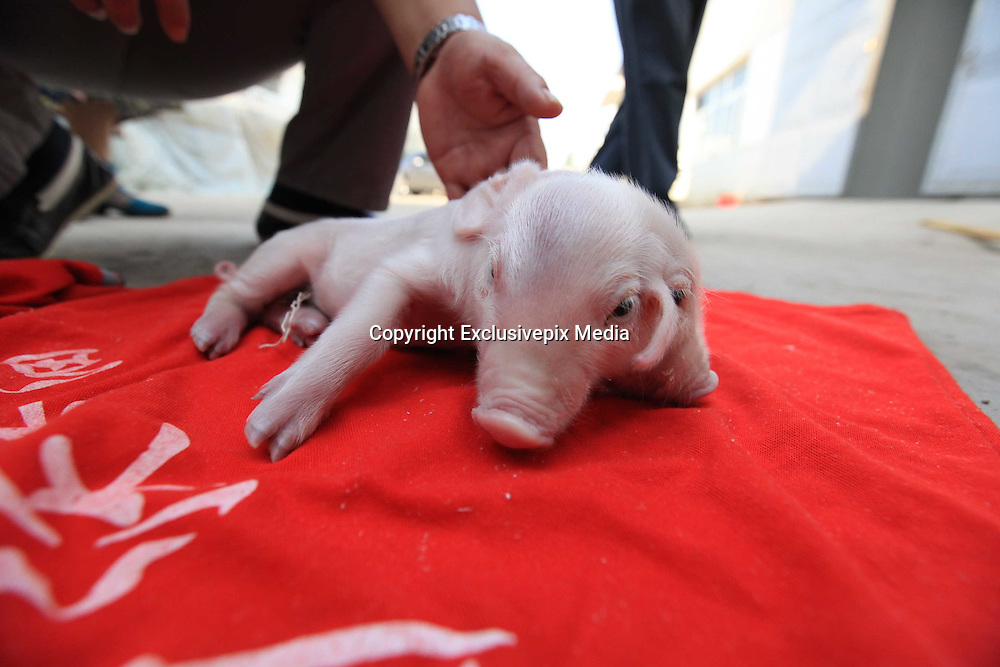