We feel the looks and stares': Father of little Jaxon born without most of his skull reveals the horror abuse he and his wife have received from trolls who say they should have had him aborted

We feel the looks and stares': Father of little Jaxon born without most of his skull reveals the horror abuse he and his wife have received from trolls who say they should have had him aborted

The father of an infant who has celebrated his first birthday despite missing most of his brain and skull has spoken out about the abuse he's received after the inspirational story was shared on social media.
Brandon Buell's son Jaxon was given only days to live at birth because of a rare neural-tube condition called Anencephaly seen while he was developing in the womb.
News of the child's miraculous survival was read by hundreds of thousands after his first birthday in August, though some said that Brandon and his wife Brittany were 'selfish' or should have aborted the child to avoid the pain he will suffer.

Brandon responded to the criticism in a heartfelt Facebook post Saturday night, saying his wife and his decision to keep their son was 'our choice, and only our choice'.

Brandon and Brittany, who are devout Christians, were told by doctors that Jaxon would probably not survive the pregnancy.
Doctors gave them the option to abort at 23 weeks, though Brandon said 'no doctor could tell us exactly what was wrong or what to expect'.
About one in 4,859 babies in the United States will be born with Anencephaly and usually die shortly after birth, according to the Center for Disease Control and Prevention.
The father said that he and Brittany asked if the child was suffering in the womb or if there were potential health risks to her during the delivery.

He said that there would have been a 'different discussion' if the answers to those questions had been yes.
'However, that wasn’t the case, and it was our choice, and only our choice. Jaxon was our baby, and we only had one shot to do everything we could for him,' he said.
Brandon added that he and Brittany didn't want to 'play God'.
The parents had a two-month scare of multiple seizures, and Jaxon was rushed to the emergen 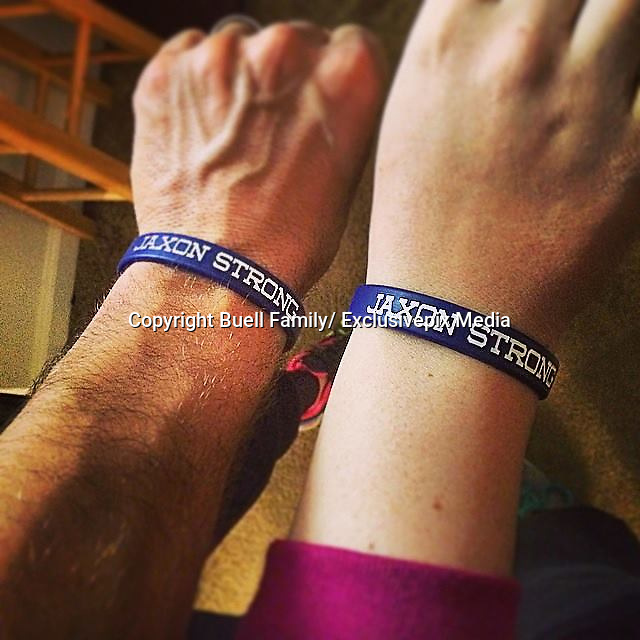