Photo shows: Paektu is in all the mind of the north koreans as it is a myth for them. During Arirang show, it can be seen in the Kim Il Sung stadium with the sun rising up.
©Eric Lafforgue/Exclusivepix Media 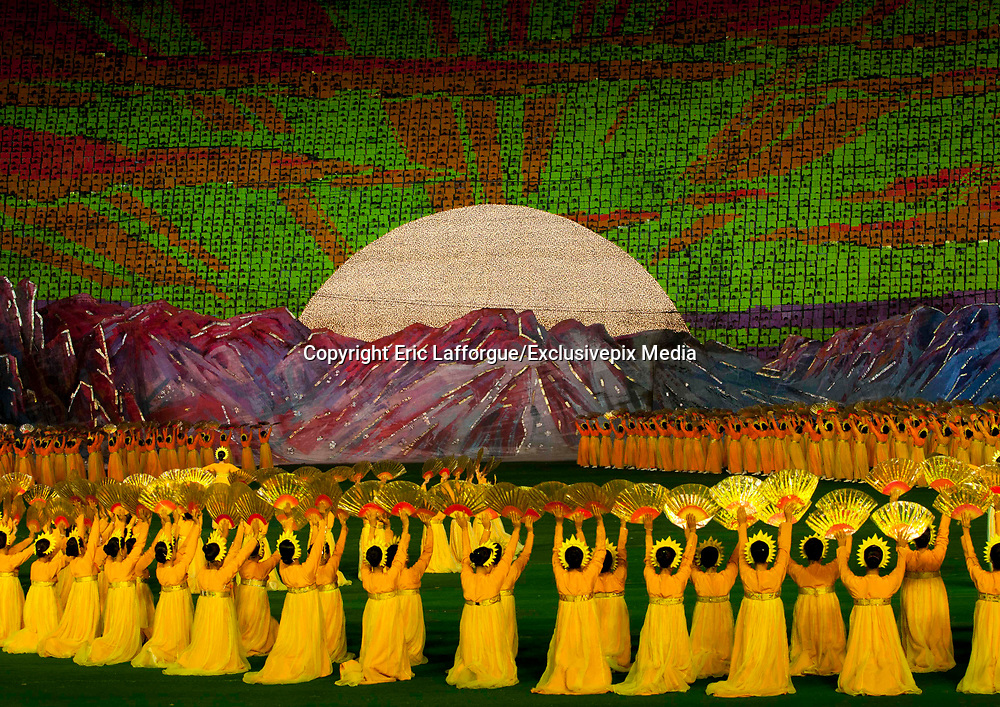