Fortunately, the four-month-old bulldog-mix is benefitting from a revolutionary treatment administered by Dr. Klaus Loft of the dermatology service at the MSPCA’s Angell Animal Medical Center—a treatment that is harnessing the power of her own immune system to heal her disease.

Found on the Street
Sheba was found outside in the Boston neighborhood of Dorchester on Feb. 22 and transferred to the MSPCA after a veterinarian at Boston’s Animal Care and Control facility performed an initial assessment.

Andrea Bessler, a veterinary technician in the clinic that abuts the adoption center, was shocked at her appearance. “In my nearly 11 years of practice I’ve never seen a case of mange this severe—she literally had no fur and was covered in oozing, open wounds,” she said.

Sheba is suffering from Demodectic Mange, an infection caused by tiny, cigar-shaped egg-laying mites. The mites reside and feed on the hair follicles and oil glands of the skin causing hair loss, severe pain and itching and—when left untreated—open, infected wounds. The disease is not contagious and no other animals at the adoption center are at risk.

Breakthrough Medical Treatment
Dr. Loft has been treating Sheba for several weeks with a medication called Cytopoint, which he describes as the “holy grail” for the treatment of severe skin infections. “Essentially, the drug creates an artificial antibody that turns off the intense ‘itch signal,’ preventing Sheba from further injuring herself through constant scratching.”

Sheba is also receiving antibiotics, medicated baths and pain medicine and, according to Bessler, is beginning to turn the corner. “The wor 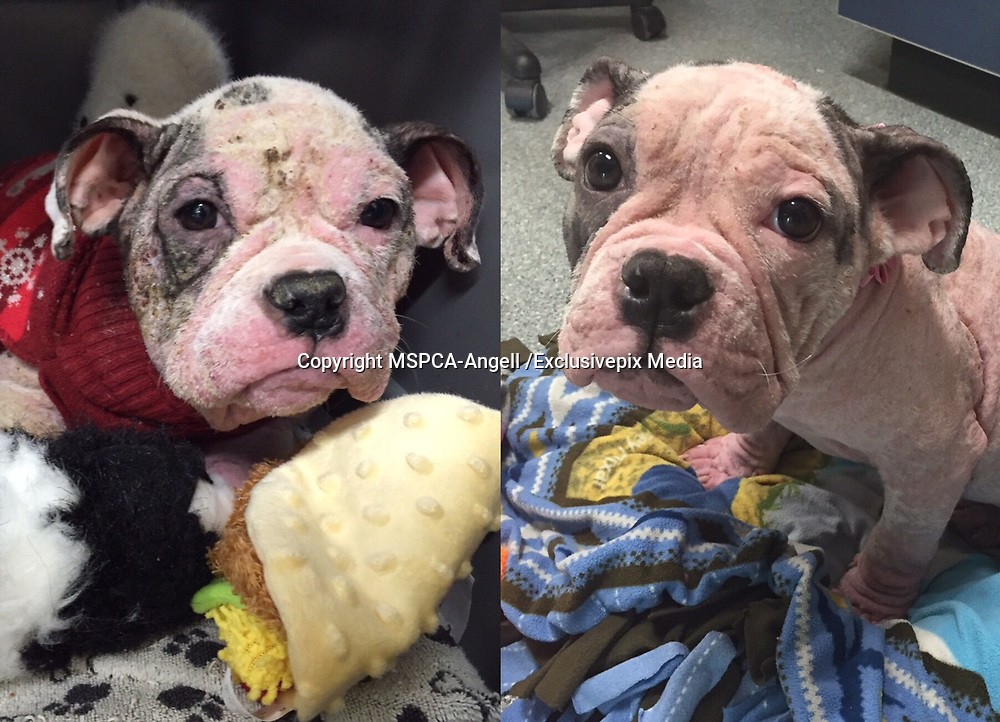