Photo shows: The north korean visitors must listen to a local guide that tell them the Paektu and Kim Il Sung story. They have heard thousands of times this fake story since they are children.
©Eric Lafforgue/Exclusivepix Media 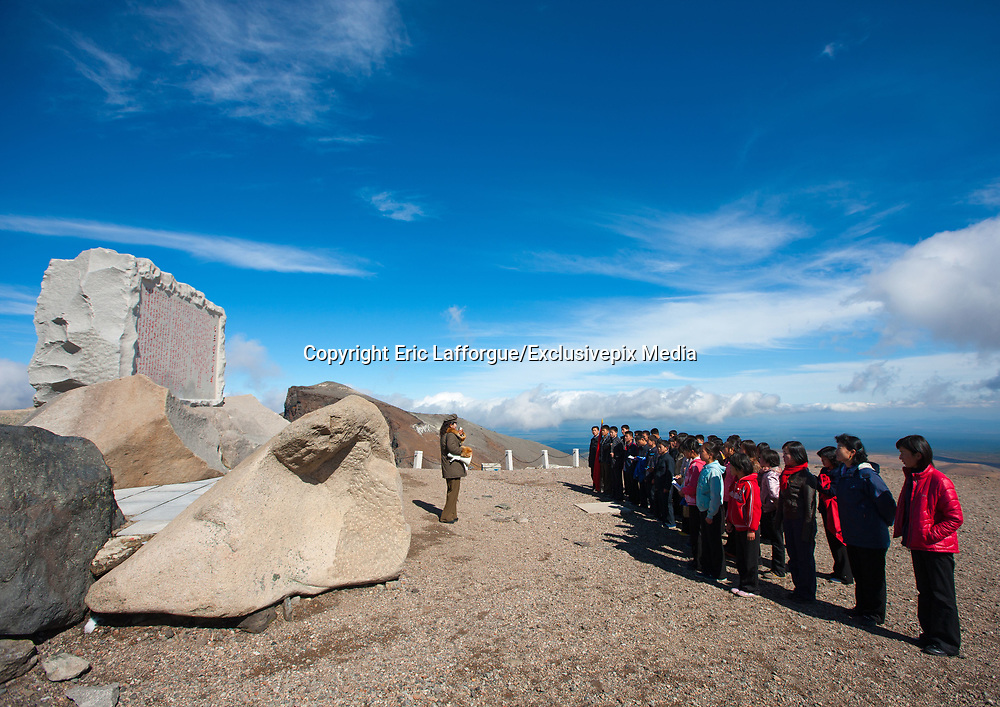