Photo Shows: VASILY OLESSANDROVICH shows a tattoo of wife Natasha, who died seven months ago, (in January 2007) a few days after her 46th birthday. Natasha died from cancer after a long illness. "I was born here and I'll die here. I already want to die," says Vasily. "Forgive me, I'm drunk. I drink a lot now. We only have what God gives us, o 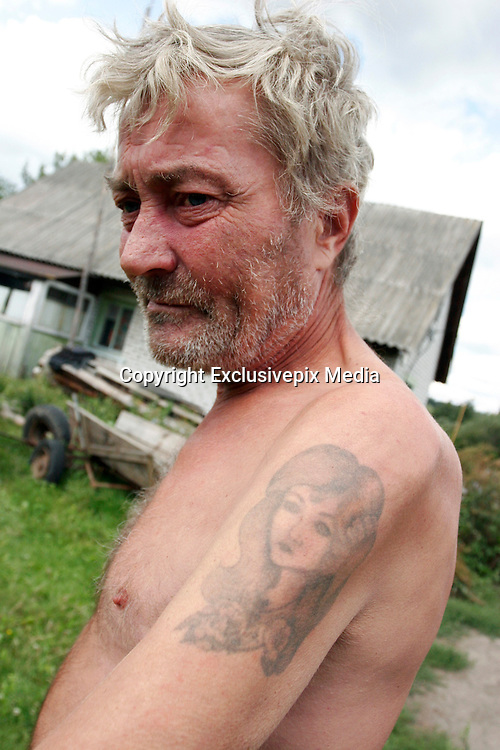