Photo shows: A north korean taking picture of the volcano. The weather is very cold in the area, and sometimes, the road that lead to the top is too icy for the old buses.
©Eric Lafforgue/Exclusivepix Media 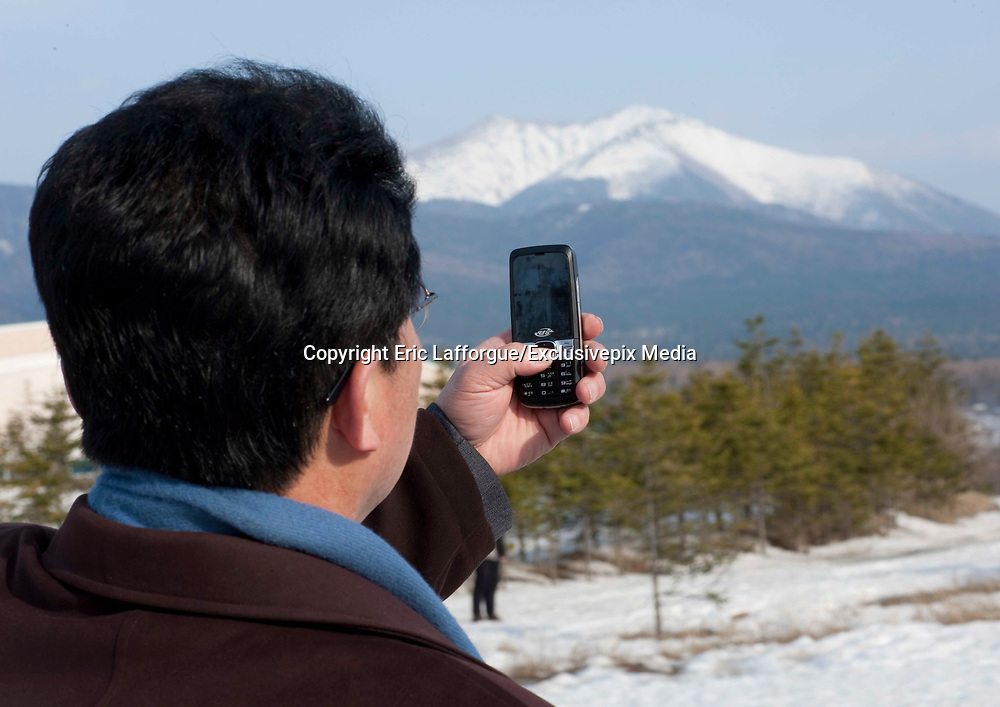