Photo shows: Dolly is 14 years old. She lives in Agra with her family. She was just 12 when she was attacked with acid by a man twice her age, who had tried to force her to have sex with him. Her dream is to become a doctor.
©Pascal Mannaerts/Exclusivepix Media 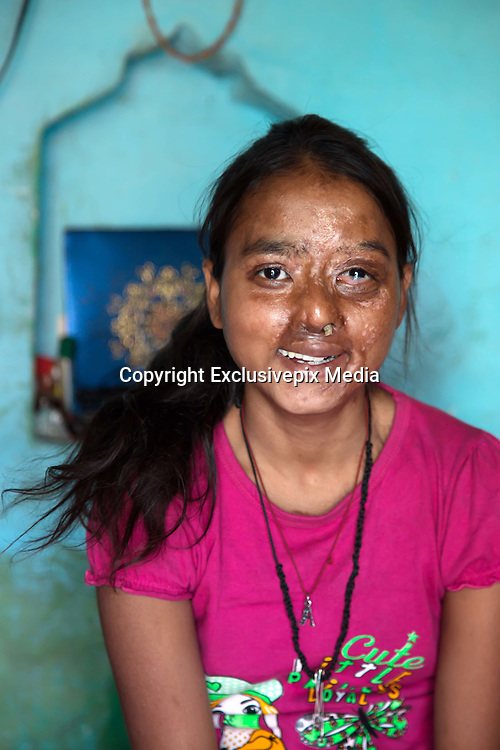