Photo Shows: An abandoned bus rusts away in the forest near Lyutezh, Ukraine, south of the Chernobyl Exclusion Zone. Outside the 30-kilometer zone are thousands of small villages such as Lyutezh in Vyshgorodskiy raion, where the land was also contaminated by radioactive fallout. People continue to live here despite possibly higher incidences 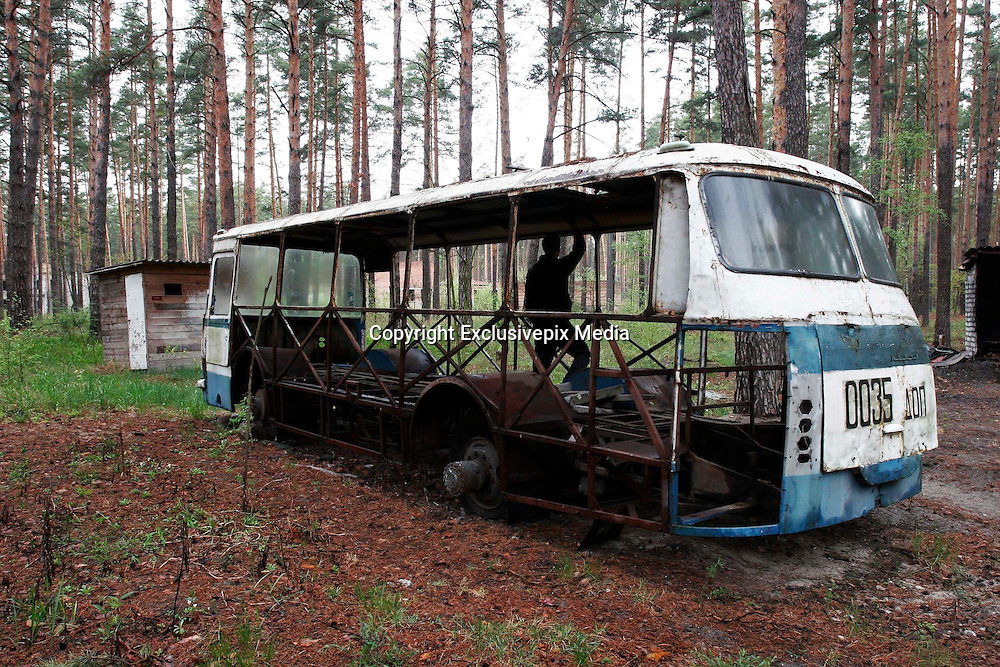