This creature was found by Russian soldiers on Sakhalin shoreline. Sakhalin area is situated near to Japan, it’s the most eastern part of Russia, almost 5000 miles to East from Moscow.People don’t know who is it. According to the bones and teeth – it is not a fish. According to its skeleton – it’s not a crocodile or alligator. It has a skin with hair or fur. It has been said that it was taken by Russian special services for in-depth studies, The soldiers who encountered it first took these images before it was taken away.
©RSS/Exclusivepix Media 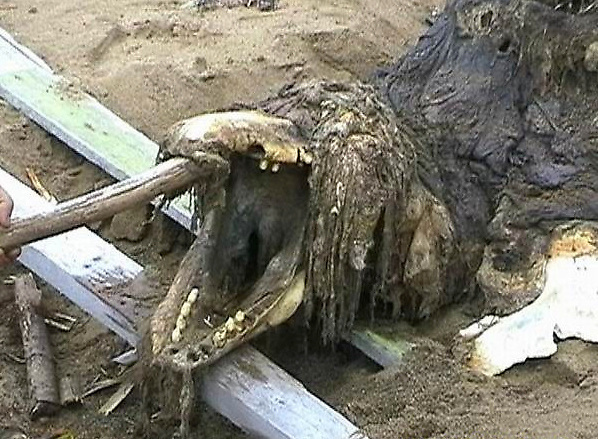