Tsukishima, Tokyo, Japan. Bon, the giant tortoise, is an international star online. Mrs. Mitani bought a small tortoise at a supermarket and brought him home 20 years ago. It was in the middle of August, during the traditional "Bon" holiday, which became his namesake. Now, 20 years later, Bon is a meter long and weighs about 70kg. His favorite foods are bananas, apples, cabbage, and carrots.
African spurred tortoises come from a warm habitat, so he always wears a hand-made cloth when he goes out. He usually walks 5-600 meters and it takes him about an hour to an hour and a half to complete his route.
In the interview, Bon’s owner, Mr. Mitani, said, "Bon is like my son." They sure looked like father and son, walking together side by side.
©Exclusivepix Media 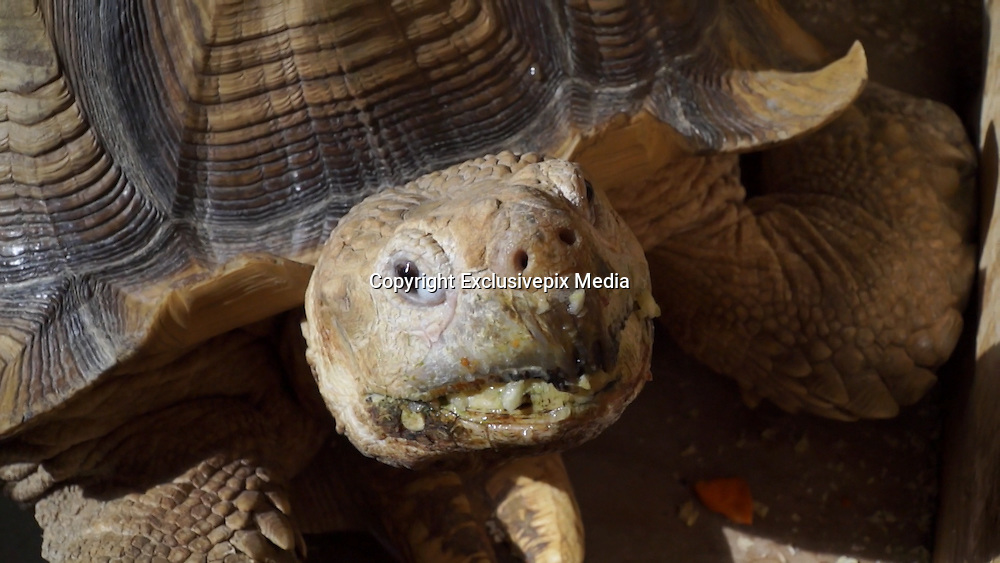