Eastern State Penitentiary was erected in 1929 and at the time, it was the largest and most expensive public structure in the country with a final price tag of $750,000. Its architectural significance first arose in 1821, when British architect John Haviland was chosen to design the building. Haviland found most of his inspiration for his plan for the penitentiary from prisons and asylums built beginning in the 1780s in England and Ireland. He gave the prison a neo-Gothic look to install fear into those who thought of committing a crime.
The “Pennsylvania system” was implemented in Eastern State, a revolutionary system of incarceration which encouraged sepereate confinement as a form rehabilitation. Until 1904, prisoners entered the institution with a black hood over their head, so they would never know who their fellow convicts were, before being led to the cell where they would serve the remainder of their sentence in near-constant solitude. All contact with the outside world more or less ceased for Eastern State prisoners.
The basis design of the prison consisted of an octagonal center connected by corridors to seven radiating single-story cell blocks, each containing large single cells with hot water heating, a water tap, toilet and individual exercise yards the same width as the cell. But by the time cell block three was completed, the prison was already over capacity, so all cell blocks built thereafter consisted of two floors.
Each cell was lit by a single source of light either by a skylight or window, which was considered the “Window of God” or “Eye of God”. The church viewed imprisonment, usually in isolation, as an instrument that would modify sinful or disruptive behavior. The time spent in prison would help inmates reflect on their crimes committed, giving them the mission for redemption.
Originally, inmates were housed in cells that could only be accessed by entering through a small exercise yard attached to the 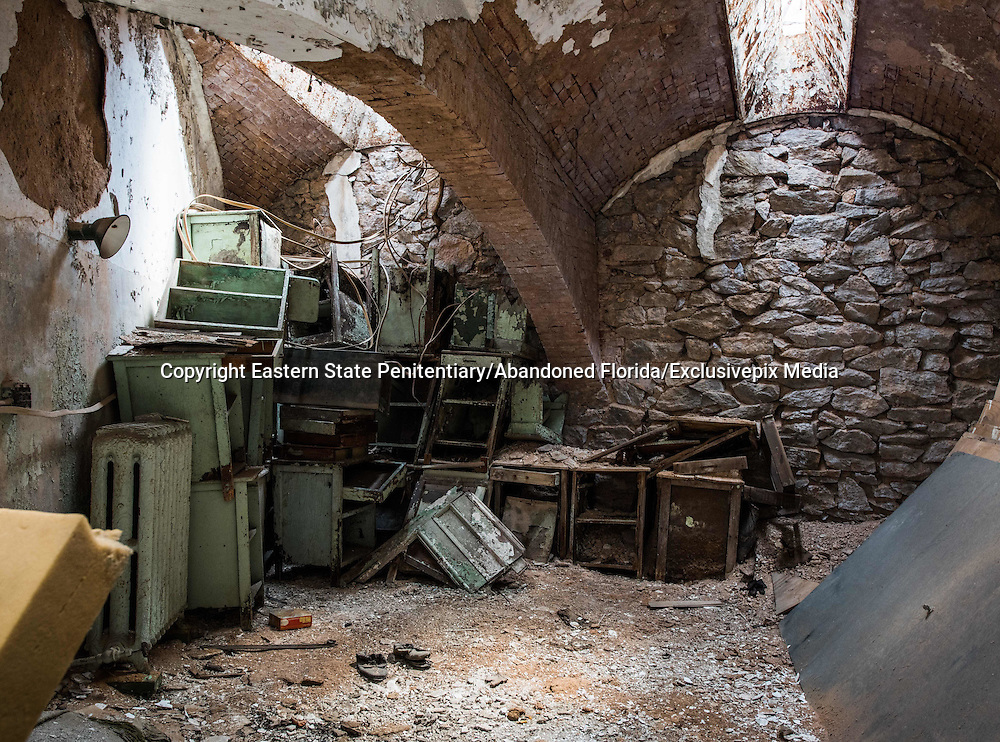