Photo Shows: In the pre-dawn fog, commuters wait to cross the street outside the Pechersk Metro station in Kyiv, Ukraine, on a warm winter morning. Outside the Chernobyl Nuclear Power Plant the current radiation level is about 20 to 30 times higher than normal background levels. The Exclusion Zone with highest Chernobyl contamination covers 8 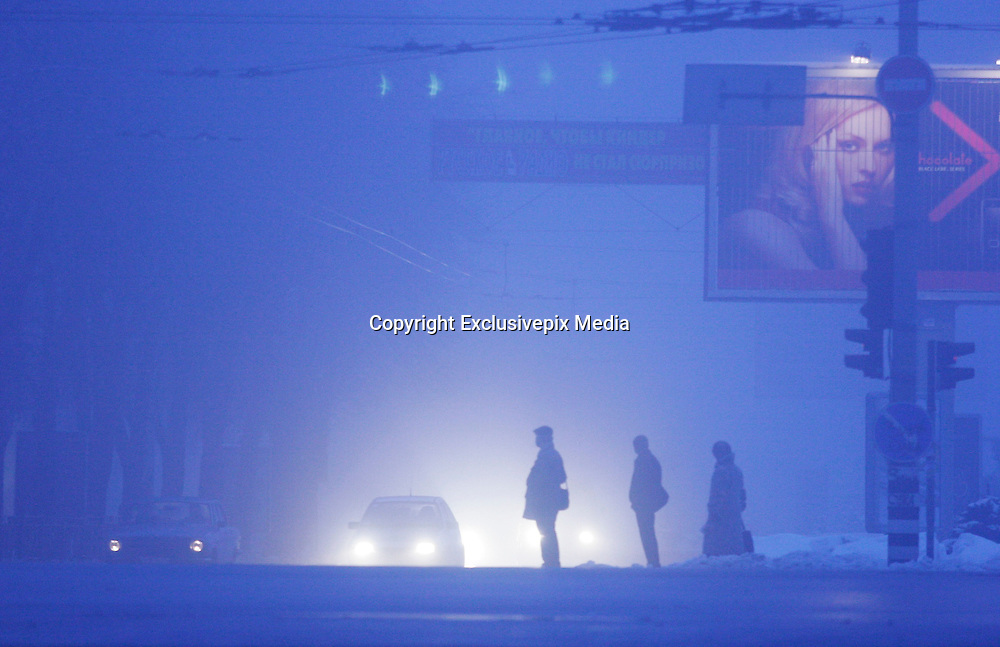