Photo shows: During the big celebrations like in Pyongyang for Arirang show, the native house is loudly applauded by the crowd in the stadium. Very few north koreans visited the area, but from the kindergarden, all north korean know this house.
©Eric Lafforgue/Exclusivepix Media 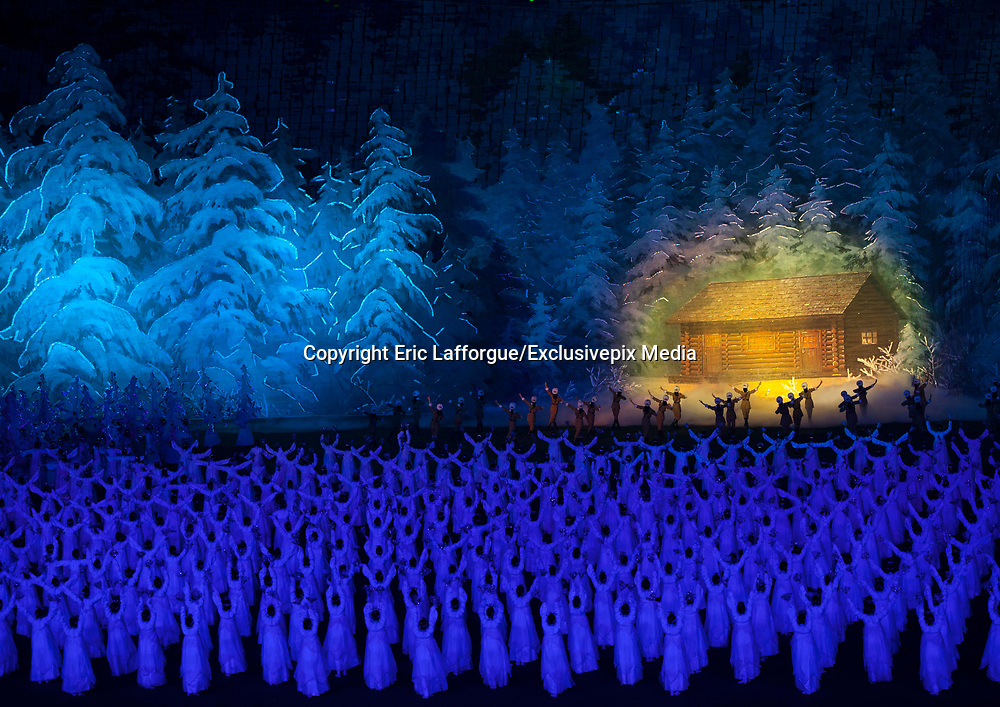