FLOWER POWER IN SAUDI ARABIA
“You have 15 minutes to take pictures, then we gotta leave. Those people are crazy! Do it quickly please!” My police escort was nervous, because visiting the Flower Men in the deep south of Saudi Arabia was a real headache. And obviously, they know the situation better than anyone, as they were part of the Qahtani tribe living in the Jizan and Asir southern provinces. This scene happened during my trip ten years ago.

No tourists were allowed ever since until December, 2018. The closed kingdom finally cracked the door open for tourists again, only for a few weeks though, thanks to Supercoppa Italiana Juventus Vs Milan in Jeddah. Such a rare opportunity to visit Flower Men another time, and see how they deal with the war against their cousins in Yemen as well as the shy opening of the Kingdom.

You know for sure when you arrive in the area of the Flower Men, because you will notice the incredible watchtowers and houses built like small castles. On one hand, these defensive architectural elements indicate that the locals are living in the fear of constant attacks for centuries. On the other hand, this also has given them a very sturdy character and a fierce spirit of independence.
Interestingly, those tough fighters also come with tender hearts in this peninsula, as they all desire to look attractive. You won’t see them wearing the traditional keffieh, instead, the descendants of the ancient legendary Tihama and Asir tribes love to wear colorful garlands in their daily life.
The first to have studied this tribe was the late french researcher Thierry Mauger. In the 80’s , he traveled around the area and took pictures to make a book. He got into a lot of troubles and was even nearly raped by male villagers!
I believed it was a smart idea to bring back his old photo book in the villages. However, it was not. As soon as I opened it in front of the Flower Men, they were shocked to see their women’s pictures inside. The community had 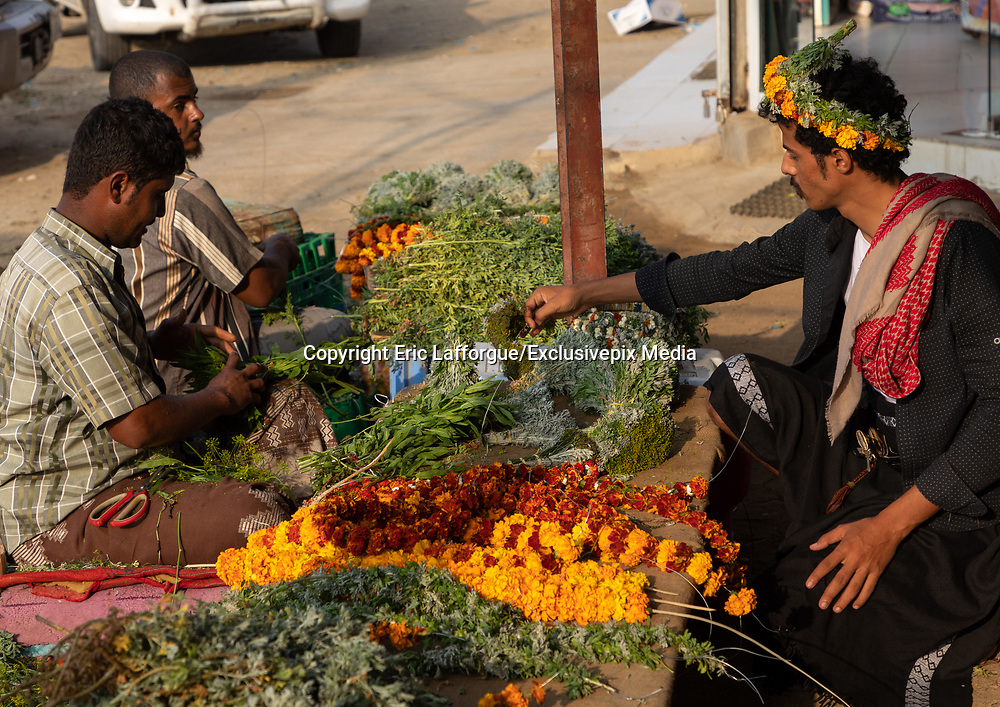