Photo shows: A french tourist tries to understand what the north korean seller tries to sell to him. He was the first visitor for months she confessed.
©Eric Lafforgue/Exclusivepix Media 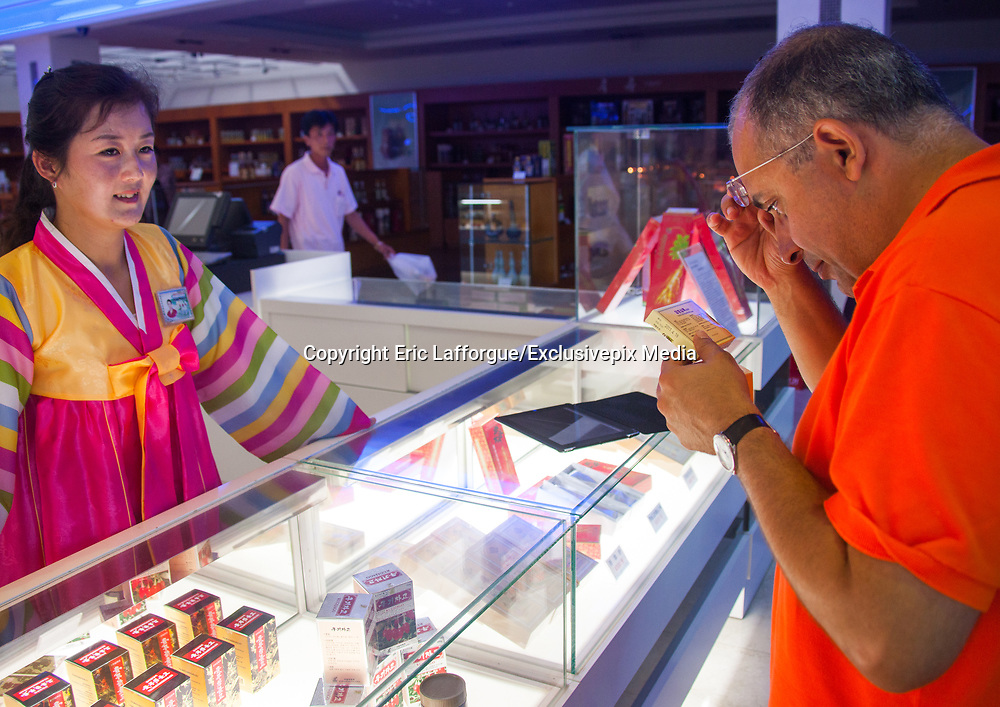