The Kuna: the last tribe of the Caribbean

The Kuna: the last tribe of the Caribbean

500 years ago, the Kuna people lived on the border between Panama and Colombia. In the early 18th century, when the Spanish conquistadors expanded the presence in the area, the Kuna began to emigrate to the San Blas islands where no foreigners were permitted until the late 1940s. Some say Christopher Columbus discovered this land, but the Kuna retort that they have occupied it for centuries. Of the 365 islands, approximately 40 are inhabited and overcrowded!
Either a boat or plane is needed to reach the San Blas islands where the 50,000 Kuna live. They have gained a certain level of autonomy and in the process, have successfully maintained their traditions and customs.
If arriving by boat, it feels like you are approaching paradise itself. Small plots of land emerge from the sea. These tiny islands are covered by palm trees, which provide little shade to the Kuna’s thatch huts. Fishermen slowly drift across the water in their pirogues. Once on the islands, the Kuna women are the first to greet you. They are characteristically short and all wear a traditional, recognizable attire featuring a red shawl, a skirt, beaded bracelets and necklaces, a gold nose ring, and at least one Mola design on the fabric. Mola art was once painted on the body but was relegated to clothing under the influence of the missionaries. Earliest accounts of Mola fashion date back to 1514!
Using the technique of reverse application, artists create images depicting natural scenes including landscapes and wildlife, as well as more abstract geometrical patterns. Since some on these islands have TV, animals like elephants are also represented, even though they are not indigenous to the area. In the modern metropolis of Panama city, the Kuna women proudly wear their traditional clothing in the streets. Museums around the world exhibit molas.
Even school uniforms on the islands are influenced by the mola art.
The Kuna have a traditionally matriarchal so 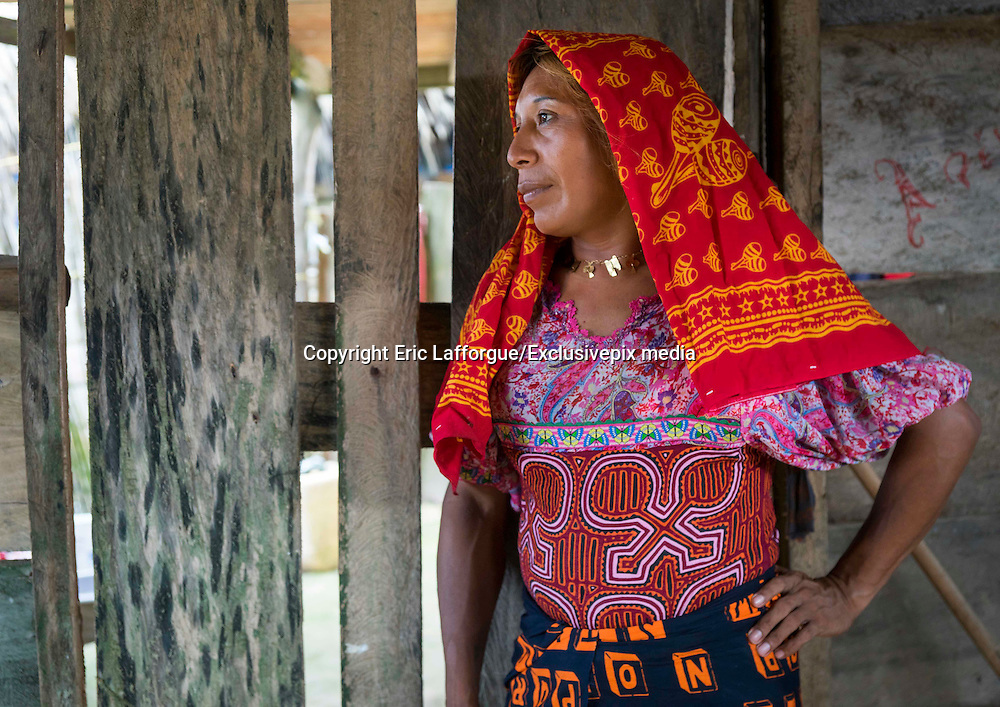