Photo shows: The Borana cook the coffee beans in butter. They pray before drinking it, asking the rain to come. These people depend on milk for survival.
©Eric lafforgue/Exclusivepix Media 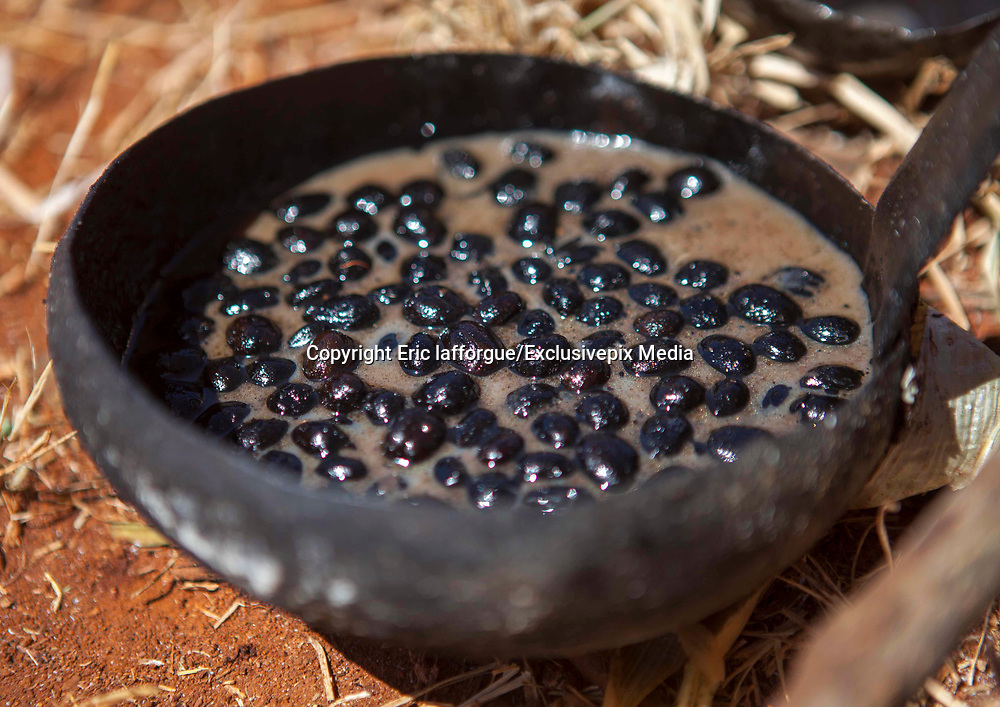