Voodoo Festival, Every year thousands of devotees seek fortune in the goddess Erzulie

Every year thousands of devotees seek fortune in the goddess Erzulie

At 150 kilometers from Port au Prince, Haiti's capital, a waterfall flows. Thousands of pilgrims come to the place where they say appeared Erzulie, the goddess of love and beauty then camouflaged in the Virgin of Miracles. The offering becomes a ritual show in search of fortune in the poorest country of America, beaten in 2010 by earthquakes, disease and misery.

Every year, thousands of pilgrims who have saved recent months to afford the cost of travel-the waterfall is 150 kilometers north of Puerto Principe move there, walk for hours to the waterfall and allowed to bathe in its waters. Bodies, songs and the most common in voodoo celebrations, weird music mixed with scents of herbs and potions prepared to ask favors from the spirits. Believers spend hours in the sound and the freshness of the water, praying, hugging. Many throw their old clothes to the sky, a symbol of a past they want to leave behind. And some consult their hougan (priests) or mambo (priestess), owned by the loas (voodoo deities. Thousands of faithful, including children and pregnant women huddle under a waterfall for the bathroom of luck and invoked the . Ezili Ewa figure, one of the main characters of the voodoo pantheon Under the waterspout is impossible to hear a word, the devotees dance, make ablution with bottles and bowls of pumpkin and delivered to communion with saints 'praise'. These are baroque and colonial names as Baron Samedi, Brigitte Maman, Papa Legba, Damballa and Papa Ogou.
According to popular legend, in 1847 Erzulie Dantor, voodoo goddess of beauty and love, appeared on a tree, in this cascade, and began to heal the sick and perform miracles. Catholic priests saw this as blasphemy and ordered to cut down the trunk, erecting a few meters from a church in honor of the Virgin. By Haitian art work and syncretism, Erzulie is camouflaged in the Catholic Our Lady of Miracles. Since then, many of the inhabitants of t 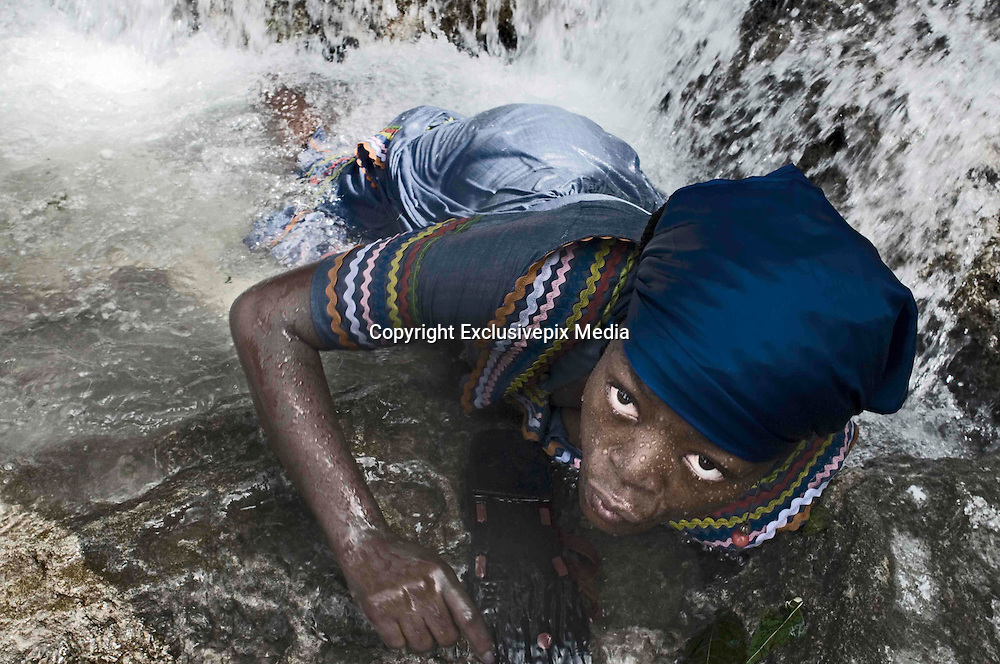