It might look like a giant whale in the sky, but this super-size plane is in fact Nasa’s answer to shipping spacecraft components around the world.
Dubbed the Super Guppy, the aircraft is able to swallow other planes whole and has played a vital role in missions including Gemini and Skylab.
The Aero Spacelines Super Guppy was first created in 1962 as a successor to the aptly-named Pregnant Guppy cargo aircraft.


Pregnant Guppy helped achieve President Kennedy's goal of getting to the moon by the end of the 1960s.
Without Pregnant Guppy, the only other way to get the Apollo rocket stages from California to Florida was on a slow boat through the Panama Canal.


The Pregnant Guppy was so successful that ASI built a second larger Guppy for larger, heavier loads.
There have been five Super Guppies built today, helping move spacecraft parts and fuel to vital locations,


Nasa describes the craft, which looks like it shouldn’t be able to fly, as ‘an innovative composite rocket fuel tank.’
Equipment and fuel is loaded and unloaded via a hinged nose at the front of the huge plane.
The original Super Guppy measured 141 ft (43m) long by 25 ft wide (8m) and could carry 54,000lbs (24500kg) of cargo at a cruising speed of 300 mph.
The later Super Guppy Turbine has a 156 ft (48m) wingspan, is143 ft (44m) long and 37 ft (11m) tall. It can carry a payload over 52,500 lbs (24,000kg)at 290 mph up to 564 miles.
The most important difference between it and its predecessor was an upgrade to more reliable and readily available Allison T-56 turboprops.
Airbus Industries commissioned and operated four SGT Super Guppy Transport aircraft to ferry large A300 fuselage sections throughout Europe during the last three decades of the 20th century.
When Airbus retired its fleet to museums in 1997, Nasa was able to acquire the number four aircraft to replace its aging B377SG Supe 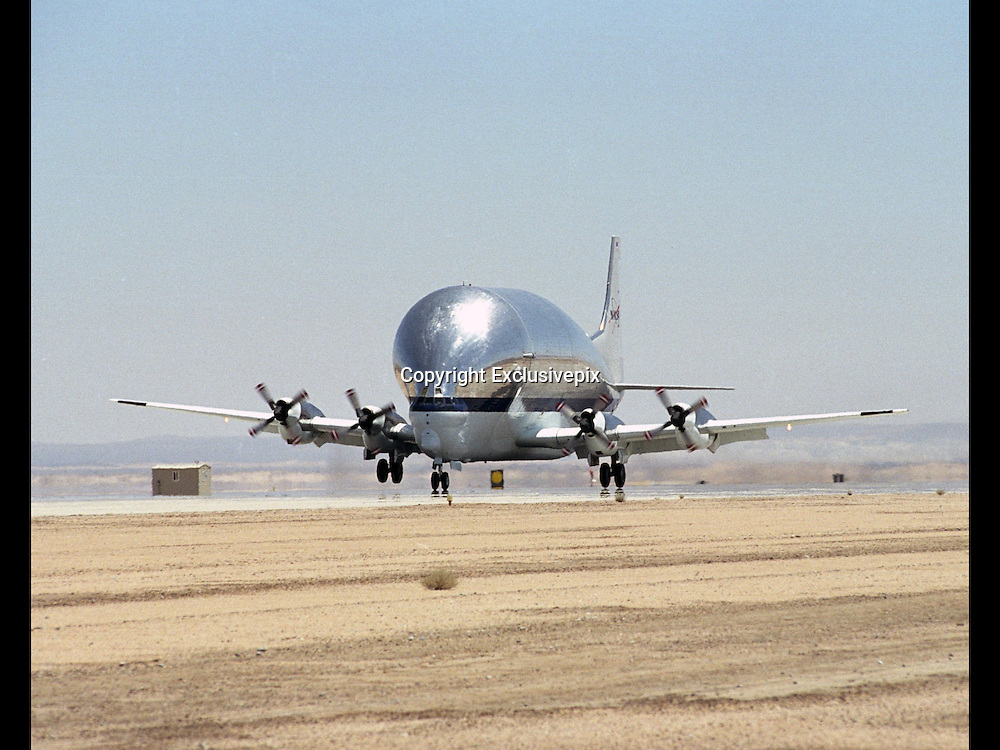