Photo shows: The korean soldiers wrote on trees some slogans telling the aspirations of the Korean people to lead a happy life with Kim Il Sung as their leader .
©Eric Lafforgue/Exclusivepix Media 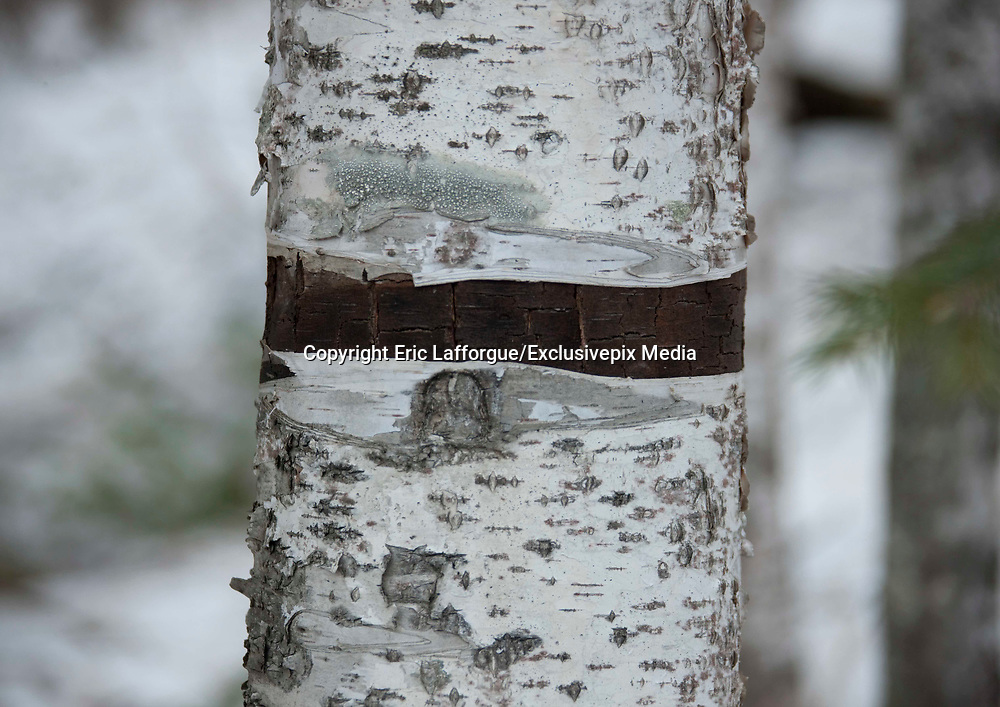