Excl: A Journey in Borneo with Sea Gypsies

Excl: A Journey in Borneo with Sea Gypsies

French photographer, RÈhahn, is widely traveled and has taken many amazing photos along the way. In his latest series, A Journey in Borneo with Sea Gypsiesí, he captures the Malaysian Bajau; Sea Gypsies.

It was extremely difficult for the French photographer to actually make the trip to the islands off Borneo, as he could not find anyone who would take him over. The specialized agencies in the area refused to sail elsewhere but to the resorts. RÈhahn was forced to walk along the waterfront for hours, asking fishermen for a way over, but no one spoke English. However, his patience paid off when he met a kind Bajau man who agreed to take him to the islands. The man was touched by RÈhahnís interest in meeting the local people, instead of going straight to the lagoonís coral reefs, which most tourists opted for.

When the French photographer and his Bajau companion pulled up to Tabbalanos island, RÈhahn counted 11 bungalows on the island. Most Bajau are born, live and die on their land.

The Bajau got their name ënomads of the seasí by traditionally living in small boats, counting on only their fishing gear to make a living. Today, many of the Bajau people live in floating villages built on the coral reefs, or live on small islands, but they still continue to gain more knowledge of the oceans.

Time does not matter to the Bajau people, only the present counts. They do not keep records of when they were born so they do not know how old they are. The Sea Gypsiesí are not recognized or accepted by the neighboring countries, but are there by choice.

RÈhahn has captured the beauty perfectly of these intriguing people.
©Exclusivepix Media 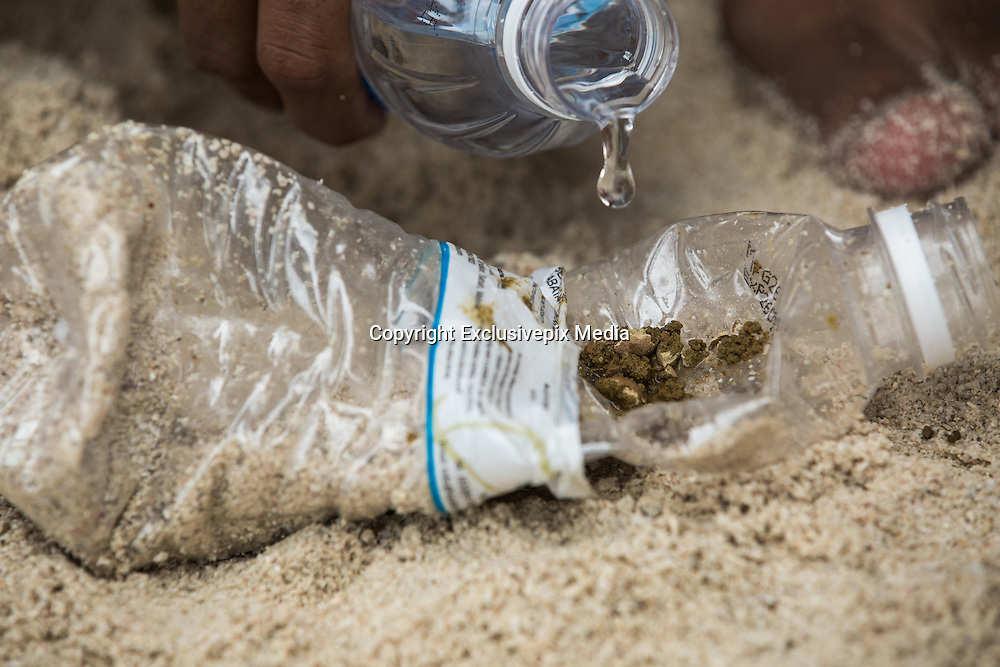