Photo shows: The road leading to Kumgang was built for the tourists and is still sealed off all along by a high green wire fence, so the local people can not access the area and the tourist complex. A billboard just before arriving says that Seoul is only 64 km away.
©Eric Lafforgue/Exclusivepix Media 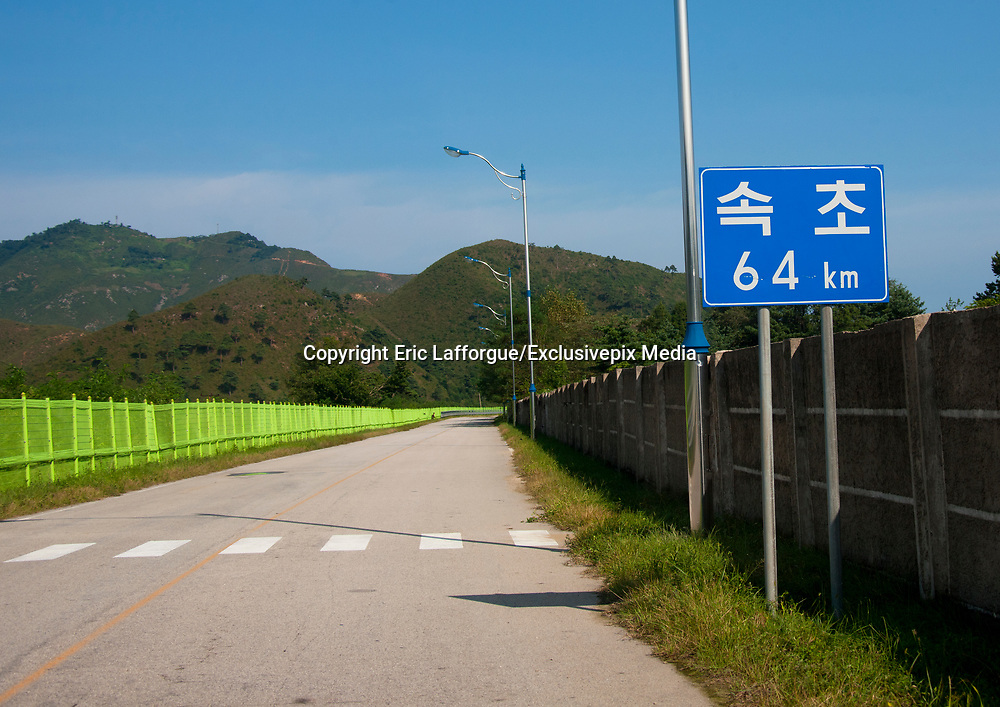