PHOTO SHOWS: The whale orientate themselves on the sound of the young in the water. They can’t see them at all. The attack is sometimes so fast, that the sea lions at the beach seemingly don’t react at all. There is just one pub less
©Reinhard Radke Nature Photography/Exclusivpeix Media 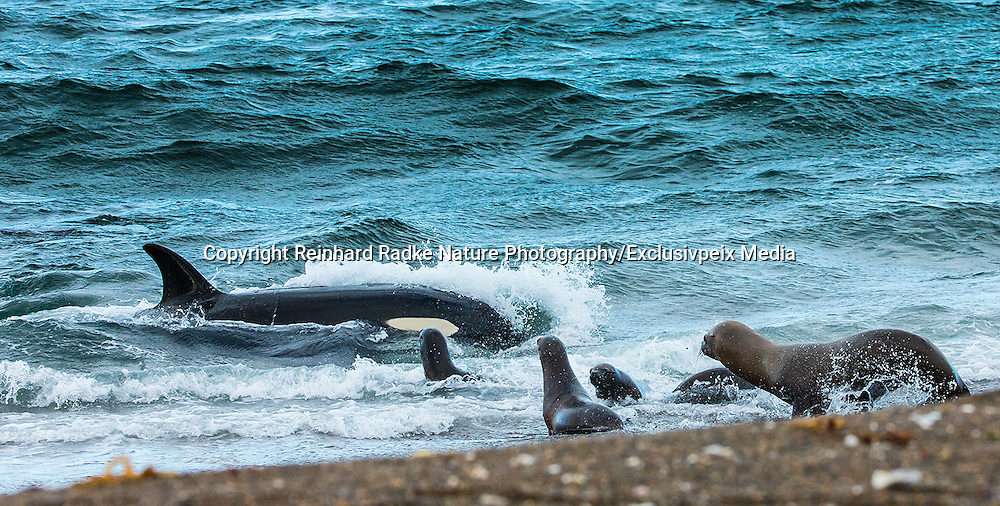