Breathtaking images of 'wave clouds' were captured by a helicopter pilot as they rolled off the sea and inland, completely engulfing a beachfront city.
The surreal event was captured by helicopter pilot Mike Schaeffer who was just finishing a tour of the coastline in Panama City Beach, Florida when he spotted the weather phenomenon - called a Kelvin–Helmholtz instability.
The cloud swept across the sands creating a tsunami effect and over the top of the roofs of the beachfront blocks of condos earlier this month
It normally occurs in regions with vast plains where winds quickly change speed creating turbulence but appeared in the beachfront city on February 5.
A fast-moving, lighter density cloud slides on top of a slower, thicker layer, dragging out the surface and creating the wave effect.

The Cloud Appreciation Society explains the quirky weather phenomenon. They are the result of turbulence in a layer of Cirrus cloud where air currents exist of differing speeds or directions - making the cloud resemble a wave rolling along the top of the water.
The incredibly uncatchy name is a combination from Lord Kelvin - a Scottish baron who along with a German physicist Hermann Helmholtz - came up with an explanation for the freak occurrence.
©JR Hott / Exclusivepix 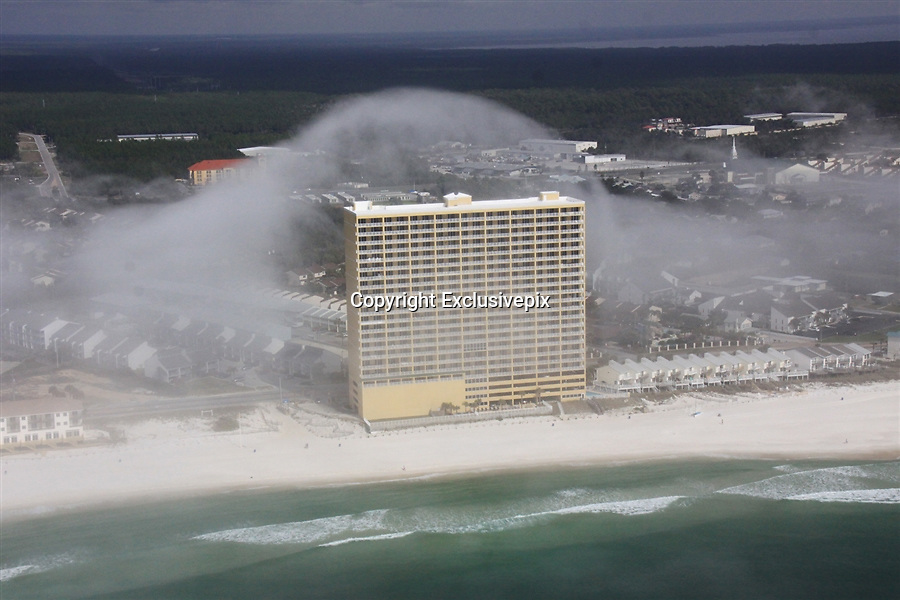